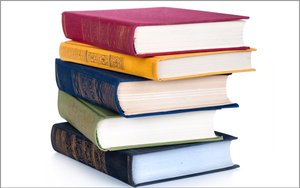 The Authors Guild is pressing the Supreme Court to review a decision that cleared Google of infringing copyright by digitizing books and displaying excerpts of them in its search engine.

The authors organization argues that its long-running battle with Google presents questions about online copyright infringement that should be addressed by the country's top court. "At the heart of this conflict is a fundamental disagreement about how to apply the Copyright Act in the digital age -- an issue this Court must resolve, as more and more content is digitized and becomes susceptible to mass infringement," the Authors Guild argues in papers filed last week.

The battle between Google and the Authors Guild dates to 2005, when the organization alleged that Google infringed copyright by digitizing millions of library books in order to make their contents searchable. The Authors Guild said Google didn't have the right to make copies of books under copyright, without the owners' permission.

The 2nd Circuit Court of Appeals ruled in October that Google's book project was "transformative," and therefore protected by fair use principles. "The purpose of Google’s copying of the original copyrighted books is to make available significant information about those books," that court said in its ruling.

The Authors Guild is now asking the Supreme Court to review that decision.

"Google made unauthorized digital reproductions of four million books in copyright. That alone was an historic infringement," the Author Guild says in its most recent papers. "Google also gave libraries millions of unauthorized digital copies of books -- 'ebooks' that otherwise would have been purchased or licensed by the libraries."

The authors group adds that Google also displayed verbatim excerpts in response to search queries. "Google’s purposes for undertaking this whole operation, without paying a dime to the authors, were entirely commercial," the Authors Guild adds.

For its part, Google asked the Supreme Court to refuse to hear the appeal. The company argues that the 2nd Circuit correctly ruled that digitizing books and displaying brief excerpts is protected by fair use principles.

"The search and snippet view functions of Google Books have dramatically changed the ways readers can find books," Google argued in papers filed with the Supreme Court last month. "Users anywhere in the world can now search the collections of major research libraries across the country as well as abroad to find books relevant to their interests."

The company adds that the Authors Guild has never demonstrated that its members lost any revenue due to Google's project. "Petitioners have not -- in nearly a decade of litigation -- introduced evidence of a single lost sale attributable to Google Books," Google writes. "In fact, the individual petitioners admitted in depositions that they have not lost sales or that they are unaware of any harm to sales from Google Books."

The Supreme Court is slated to consider the matter at a conference on April 1.