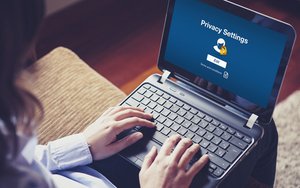 The Federal Communications Commission should adopt broadband privacy rules that would "reverse the tide of ever-growing and unchecked collection and use of consumer data across devices," advocacy group Center for Digital Democracy says in a new report.

"A truly 'open' Internet that embraces 'network neutrality' must have privacy and consumer protection at its core," the group writes in a 74-page paper sent to the FCC on Wednesday.

But the Center for Digital Democracy argues that the FCC should go even further and issue rules that would prevent "pervasive and continuous data collection -- such as with cross-device tracking and offline/online data profiling."

The organization also says the FCC should require broadband providers to minimize data about consumers, and should prohibit them from engaging in deep packet inspection.

"The review and policy proposals need to address the data-targeting relationships that ISPs have with leading digital marketing companies, including ad exchanges, data brokers, and advertisers," the privacy group writes in an executive summary of its report.

Separately, a broad coalition of advocacy groups is urging the FCC to ensure that privacy protections extend to consumers regardless of their incomes. The organizations, including the ACLU, Free Press, Center for Democracy & Technology and Demand Progress, specifically warn the FCC that privacy should not become a "luxury" service.

"In light of how data collection and use practices could reinforce societal disparities, the Commission should set strong baseline privacy rules that ISPs must respect for all of their customers," two dozen groups -- including the ACLU, Free Press, Center for Democracy & Technology and Demand Progress -- say in a letter sent to the FCC last week.

The advocates point to the White House's 2014 Big Data report, which warned that personalized ads and content can reflect discrimination. That report concluded that serving different information to different demographic groups can "cause real harm to individuals, whether they are pursuing a job, purchasing a home, or simply searching for information."

The ACLU and other groups argue that allowing privacy to become a luxury "would only exacerbate the concerns" raised by the White House's report.

Wheeler said earlier this month that his proposal will call for comment on questions about how broadband providers can obtain consumers' consent for ad targeting, including whether providers should be able to charge customers lower fees if they agree to behavioral advertising. AT&T currently charges some Gigabit customers higher fees to avoid tracking for ad-targeting purposes.

The FCC is expected to vote on March 31 about whether to move forward with the proposal by seeking comments on it.