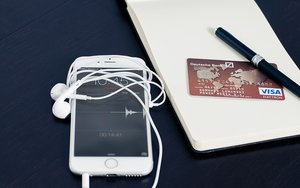 Last week I wrote a slightly tongue-in-cheek post titled “Why Readers Should Pay For All Content.”Unbeknownst to me, just one day earlier, the Dutch company Blendle launched a beta program in the U.S., an event I think will revolutionize online publishing while addressing many of the problems I raised in my post.

In a nutshell, Blendle is an app (and a Web site) that lets people make micropayments for articles they choose to read. Each article may cost anywhere from a few pennies to about a dollar, and the publisher receives 70% of the revenues. All content is ad-free, and if you pay to read an article and then hate it for one of several reasons, you can get your money back instantly.

Blendle positions itself as the journalism equivalent of Spotify for music, or Netflix for videos. To the skeptics who claim that micropayments cannot work, Blendle’s co-founder, Alexander Klöpping, points out that 10 years ago nobody paid to download individual songs or videos on the Web.

Blendle seems to have nailed two key factors that should be instrumental to its success: user experience and the ability to pay only for good-quality stories. In Klöpping’s own words (from a Medium post he recently penned), Blendle “helps you discover the best articles every day in a beautiful user interface, where you only have to pay for what you love.”

On the user experience side, Blendle has dedicated staff who sift through content every day to identify the most interesting stories, compiling a daily list of top picks. In addition, you can search from a broad selection for anything that may interest you. Blendle also gives you the option to use your social network to get improved recommendations, and claims to learn your tastes as you read more content, providing increasingly relevant recommendations. And unlike other micropayment options, once you have signed up on Blendle, any content you like is just one click away.

The ability to get refunds for articles you don’t love is, in my opinion, the more crucial ingredient, the one that will make Blendle a success. After paying for a story, if you request a refund, you will be asked to select from one of a handful of reasons (including “The article isn’t what I expected” and “The price is too high”) and will then be reimbursed immediately. Articles that get many refund requests are removed by the staff, effectively creating a voting mechanism that promotes quality journalism while ensuring that click-bait is quickly ignored.

Another interesting point is that Blendle does not include hard news, focusing mainly on “investigative reporting, revelatory background articles, newsworthy analysis and hard-hitting interviews.” As Klöpping points out, there are so many free sources for news that it would make no sense to ask people to pay for it.

If its performance since its launch is any indication, Blendle is likely to become very successful. After its debut in The Netherlands two years ago (almost to the date), and more recently in Germany, Blendle now claims more than 650,000 registered users, who cumulatively read and pay for millions of articles every month. When I tried to sign up for its beta program this past Monday -- only five days after the launch -- the waiting list had already passed 22,000 users, in addition to the 10,000 first beta subscribers.

On the heels of its success in some European countries, Blendle has been able to garner impressive support in the U.S., having reached agreements with The New York Times, The Wall Street Journal, The Washington Post, Time Inc., The Financial Times, New York magazine, Newsweek, Bloomberg Businessweek, New York Review of Books and many others, according to Klöpping.

Although my last post was not entirely serious, I am serious when I say that the current online publishing model is fundamentally flawed. In my opinion, it is bound to fail, especially when you consider how abusive digital advertising has become. Blendle is a bright beacon that can show quality publishers a path to success, and a possible way to detach themselves from the sinking ship of ad-supported digital publishing.