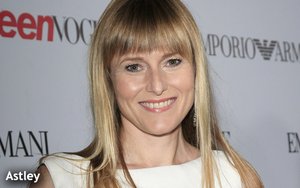 Russell will remain at Architectural Digest through Astley’s transition, then consult on arts and cultural special projects for Condé Nast.

Astley’s role will revolve around overseeing all editorial content, as well as “reimagining and significantly expanding the brand’s digital presence across all platforms and formats,” per a company statement.

She will also work closely with Giulio Capua, the brand’s Chief Revenue Officer and publisher, on business innovations and brand extensions, including new consumer experiences and products.

Before Teen Vogue, Astley spent five years at House & Garden as an associate editor. Astley joined Vogue in 1993 as a beauty associate, and became the beauty director the following year.

In light of Astley’s departure from Teen Vogue, Condé Nast has appointed a new editorial leadership team for the title. Elaine Welteroth has been named editor-in-chief.

Welteroth has served as Teen Vogue's beauty and health director since October 2012. She has held senior editorial roles at Glamour and Ebony.

Welteroth will jointly oversee Teen Vogue with Phillip Picardi, who has been appointed digital editorial director, and Marie Suter, who will continue as creative director, a role she has held since 2012.
Picardi began his career as the beauty editor at Teen Vogue before leaving for Refinery29 as the senior beauty editor. He returned to Teen Vogue in April 2015.
art, magazines, management, publishing
Next story loading