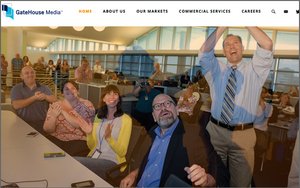 GateHouse Media, which owns 125 dailies and a few hundred weeklies across the U.S., is cutting down its editorial team by offering staffers buyouts.

“While we continue to make progress toward our goal of being revenue-positive by 2018 and year-to-date our revenue has improved and outperformed our industry peers, we continue to see revenue declines and must align our expenses accordingly,” the email stated, according to a report from local Illinois paper The Rock River Times.

Eligible employees have to sign up for the severance program no later than Monday, Aug. 29. Employees will get one week of pay for every year at a GateHouse Media publication, with up to 13 weeks of pay. Employees with 20 years or more time with GateHouse will be capped at 17 weeks of pay.

If not enough employees leave the company, dismissals could be next, according to a Columbus Business First report.

Even legacy publishers like TheNew York Times are offering buyouts amid declines in revenue. In July, 50 Times staffers took a buyout. Unfortunately, there have been reports that the company hoped more editors had taken the voluntary severance offer and the NYT may offer another round of buyouts.

The NYT is hoping to cut staff by about 200 by the end of the year.