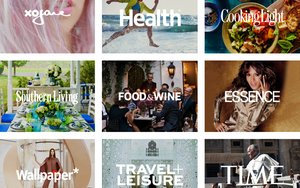 Another round of cuts is coming to Time Inc.’s editorial department, just as Kristin van Ogtrop announced she is leaving her as Real Simple's longtime editor-in-chief.

Around 40 staffers will be cut from across all of Time Inc.’s brands, which includes Time, Fortune, Sports Illustrated and Entertainment Weekly.

According to a report from Politico, all of the cuts will be made by tomorrow, just a few weeks after the company cut 110 staffers from their sales and marketing division. It looks like roughly 150 staffers in total will have been axed in a month’s time.

In July, the company restructured its editorial, business and sales teams, eliminating the publisher title from its corporate arrangement and consolidating the organization of its sales and marketing teams.

A spokeswoman told Politico the cuts are “part of the ongoing realignment of Time Inc. that began last month. Our goal is to operate as effectively and efficiently as possible across our editorial operations.”

So far, the only confirmed staffer leaving is Sports Illustrated journalist Don Banks, who tweeted yesterday, “I'll be leaving the SI staff on 9/2. Ironically enough, after all these years of NFL coverage, turns out I'm a bit of a salary cap cut.“

Van Ogtrop joined Real Simple as editor in 2003, making her one of the longest-serving editor-in-chiefs at a Time Inc. title.

This month, Time Inc. also revised the forecast for its estimated operating income for the full year 2016, down from $430 million to $400 million.
employment, magazines
Next story loading