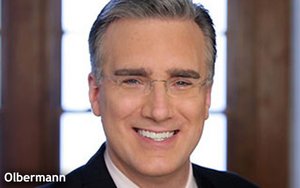 After a year-long hiatus, Keith Olbermann is back onscreen. GQ announced today that Olbermann is its new “special correspondent” and he will host a Web series on the site.

The former MSNBC and ESPN host will now be the face of “The Closer with Keith Olbermann,” a biweekly Web series on GQ.com that will offer commentary on the presidential election and “other topical news stories,” a GQ spokeswoman said.

Last year, Olbermann split with ESPN after comments that he made about Penn State University sparked controversy with the network, according to a Politico report. It was the second time ESPN let him go.

In 1997, he was forced out after making “disparaging remarks” about the network — and the fourth time his commentary has gotten him into trouble. In 2010, Olbermann left MSNBC after his donations to political campaigns caused conflict. Two years later, he was fired from Current TV for what the network called "material breaches of his contract, including the failure to show up at work, sabotaging the network and attacking Current and its executives."

Perhaps unlike cable TV, GQ's Web space will give Olbermann the freedom he has always wanted.