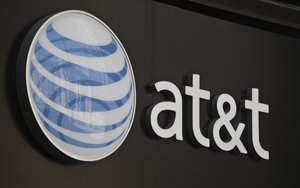 The Federal Trade Commission is asking an appellate court to reconsider its recent decision dismissing the agency's lawsuit against AT&T over mobile data slowdowns.

That ruling could leave the FTC unable to police "high-tech threats" to privacy, including threats posed by cable companies, email providers and cloud storage services, the agency says in papers filed Thursday with the 9th Circuit Court of Appeals.

"The panel’s ruling thus threatens to undermine consumer protection across the economy, leaving millions of consumers defenseless against garden-variety deception and high-tech threats," the FTC writes.

The battle between the FTC and AT&T stems from the telecom's prior practice of throttling consumers who subscribed to unlimited data plans. The FTC alleged in an October 2014 lawsuit that AT&T duped more than 3.5 million consumers by selling them unlimited data, but significantly slowing their broadband connections after they exceeded monthly allotments of 3GB or 5GB, depending on their phones. (Last year, AT&T revised its practices; the company no longer automatically slows down customers with unlimited data who exceed their caps, but still throttles them when the network is congested.)

AT&T argued that the lawsuit should be dismissed on the grounds that the FTC lacks authority to bring an enforcement action against common carriers. Mobile broadband has been a common carrier service since 2015, but the FTC's allegations center on events that occurred when mobile broadband was still considered an "information" service.

U.S. District Court Judge Edward Chen in the Northern District of California disagreed with AT&T, noting that the FTC filed suit before mobile data was reclassified as a common carrier service. Chen said in a ruling issued last year that the FCC's net neutrality order doesn't "deprive the FTC of any jurisdiction over past alleged misconduct."

The FTC is now seeking a new hearing in front of at least 11 of the 9th Circuit's judges.

The August ruling "creates an enforcement gap that would leave no federal agency able to protect millions of consumers across the country from unfair or deceptive practices or obtain redress on their behalf," the FTC argues.

The agency adds that many businesses -- including tech companies like Google -- offer a mix of common carrier and non-common carrier services.

"The panel’s ruling calls into question the FTC’s ability to protect consumers from unlawful practices by such companies in any of their lines of business," the FTC writes.

"The problem is especially severe in the area of consumer data privacy and security," the agency says, adding that the ruling could strip it of authority against any company that offers a common carrier service.

The FTC also recently pressed lawmakers to grant the agency the authority to sue common carriers. "Although the FTC has nearly a century of experience protecting consumers across many industries, the exemption from our jurisdiction for common carriers frustrates effective consumer protection with respect to a wide array of activities, including fraud and billing practices in the crucially important telecommunications and Internet industries," FTC Commissioner Maureen Ohlhausen told a Senate panel last month.