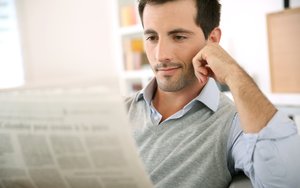 Subscribers received an email from publisher Arthur Sulzberger Jr. notifying them of the price increase, which will take effect January 2. A spokesperson told Publishers Daily that there are “many variables” that impact the price increase, such as duration and frequency of subscription, but on average the increase will be between 4% and 5%.

The spokesperson added that the value of subscription “increased significantly” this year, due to an expansion of special sections, global coverage and access to “innovative” digital products and services.

For example, The New York Times Magazine announced yesterday that it will produce a special, print-only Puzzle Spectacular, to appear with the Sunday, December 18 edition. The section will be dedicated to a series of different puzzles, including its largest crossword puzzle ever.

The Times’ print advertising revenue dropped 19% in the most recent quarter, making subscription revenue all the more important to the publisher. Loyal subscribers are known to be less likely to cancel a subscription due to a price increase -- but it may make it harder to attract new subscribers without special promotional introductory rates, of which there will likely be many this holiday season.