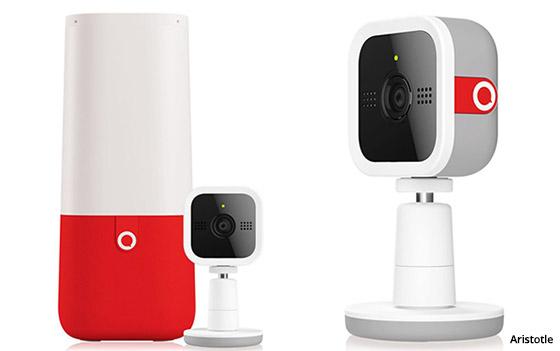 Mattel's upcoming "Aristotle," often referred to as an "Alexa for children," is raising concerns among lawmakers as well as advocates.

"This new product has the potential to raise serious privacy concerns as Mattel can build an in-depth profile of children and their family," Sen. Ed Markey (D-Massachusetts) and Rep. Joe Barton (R-Texas) say in a letter to Mattel CEO Margaret Georgiadis. "It appears that never before has a device had the capability to so intimately look into the life of a child."

Aristotle is a WiFi-enabled device that serves as an audio and visual baby monitor for infants, and a voice-controlled computer system for toddlers and young children. It's not clear when Mattel plans to begin selling the device.

The lawmakers are asking Mattel to answer a host of questions relating to the privacy and security of data collected by Aristotle. Among others, they ask whether the photos, videos and other data collected by the device will be transmitted to the company's servers.

"If yes, for what purposes will the information be used, including but not limited to advertising or marketing products?" the lawmakers ask. "What controls does the consumer have to say no to these services?"

Markey and Barton are also asking whether Mattel plans to share or sell information to third parties, and how the company plans to ensure that Aristotle and outside companies comply with the Children's Privacy Protection Act. That law prohibits web companies from knowingly collecting personal data from children under 13 without their parents' consent.

Some watchdogs are urging Mattel to abandon plans to sell the device.

"Young children shouldn’t be encouraged to form bonds and friendships with data-collecting devices," The Campaign for a Commercial-Free Childhood and The Story of Stuff Project said in a letter sent to Mattel on Monday. "Aristotle will make sensitive information about children available to countless third parties, leaving kids and families vulnerable to marketers, hackers, and other malicious actors."

The groups say that more than 15,000 people signed a petition asking Mattel not to release Aristotle.

A Mattel spokesperson says the company is "committed to ensuring every product we make meets or exceeds all applicable laws and regulations," and is reviewing the lawmakers' letter.