It's The Data, Stupid: Why Digital Dominates The Political Media Mix 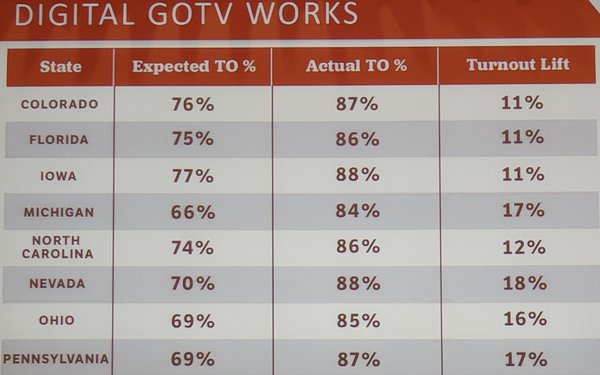 WASHINGTON, D.C. -- If there was any doubt that digital media has taken center stage in political marketing, it was put to rest by top executives, operatives and consultants speaking at MediaPost’s Marketing Politics conference here Tuesday. While traditional media remains a mainstay for many local races, public affairs and issues-oriented campaigns, top digital and data officers of the two major U.S. parties and others made the case that digital is taking the lead in national and important state races, mainly for the same reasons it is beginning to dominate the mix for conventional consumer marketers: because it’s efficient and it works.

Over the past several years, the GOP has essentially gone all-in on digital, Hochberg said, abandoning TV advertising altogether, and focusing its efforts around its namesake web destination.

He said the effort began with the RNC leasing GOP.gov from a third party provider, but its early testing proved so successful that it bought the site and has made it the hub of its digital marketing activities.

The reason, he said, is it works by the most meaningful KPI the party can measure: voter turnout.

Yes, the RNC still relies on its lists, email, telephone and door-to-door canvassers, but GOP.gov has become a means of recruiting voters to its lists and also getting them to turnout.

To illustrate that, he showed a table illustrating the impact on eight battleground states (see photo) showing double-digital lifts in actual voter turnout vs. what each state’s official projected they would be.

“The hit you always get that you can’t really turn out a voter,” Hochberg said about an oft-cited criticism of digital media. “What we found is that if you get someone to go to your website early, get them on your email list, you’re pushing them emails everyday. And you’re getting them with ads, because you’re targeting them correctly.”

He said the RNC still uses conventional digital ads too, mostly Facebook’s, but that when prospective voters visited GOP.gov, it significantly boosted turnout.

During her keynote, the DNC’s Mitchell made almost the opposite case for a decentralized digital strategy relying not on a single digital destination, but on providing a spectrum of tools and resources that campaigns could utilize and customize based on testing, data-gathering and constant improvement.

The next big thing, she said, is machine learning and automation, including AI to automate things like email communication.

“We’re looking at automating parts of the process and testing,” she said. 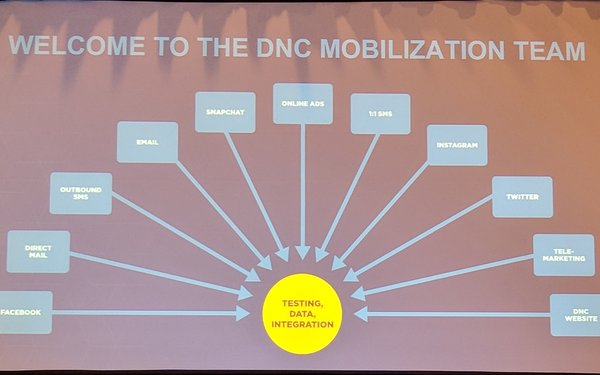