'The Awl' Shutters After Nearly A Decade Of Publishing 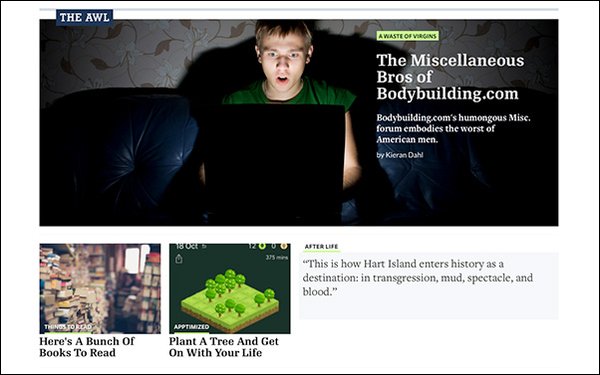 Tuesday, The Awl, the scrappy independent news and pop culture website that rose from Gawker’s ashes, announced it will cease publication at the end of the month, along with its popular sister site The Hairpin.

The company’s other sites, The Billfold and Splitsider, will continue publishing.

Founded by former Gawker editors Choire Sicha and Alex Balk in 2009, the site quickly gained an audience and introduced its spinoff sites, creating a network of smart, well-written publications.

The reason for the sites’ demise is a common one: The Awl and The Hairpin could no longer remain profitable in a difficult advertising environment. Reportedly, the sites couldn’t find a way to build up advertising without radically growing their audience.

In 2016, The Awl’s network of sites joined a flock of others that transitioned to Medium, where the focus would be less on ad revenue and more on content. However, the network soon found its way back to WordPress and a revenue-based system after only a year.

The closure of The Awl and The Hairpin is yet another example of how difficult it is for independent media to stay afloat in today’s unstable publishing environment. Despite the sites’ dedicated readership and deck of talented editors and writers, the money wasn’t there.

“For nearly a decade we followed a dream of building a better Internet, and though we did not manage to do that every day we tried very hard and we hope you don’t blame us for how things ultimately turned out,” a statement on the site read. “We’re intensely proud of what we managed to accomplish over the years.”

When The Awl appeared nine years ago, the internet was indeed another place, and the site quickly found its footing, remaining marginally profitable.

However, digital advertising radically transformed the web in the ensuing years, taking a toll on off-the-beaten-path, experimental ventures that are frequently a first home to young writers.

Many writers and editors got their start at The Awl, among them writer Heather Havrilesky, who now writes the popular "Dear Polly" column for New York magazine.Hairpin editor Jia Tolentino went on to become a staff writer at The New Yorker. When one considers the careers launched by the website, the loss becomes all the more devastating.

Advertising dollars are obviously an issue whether discussing print or digital publishing. However, The Awl’s inability to stay afloat is no less lamentable. The detrimental effect on the next generation of writers and editors is just another ramification of the standard business model.

What we as readers lose in the process is immeasurable.

online publishing, publishing
3 comments about "'The Awl' Shutters After Nearly A Decade Of Publishing".
Check to receive email when comments are posted.
Read more comments >
Next story loading