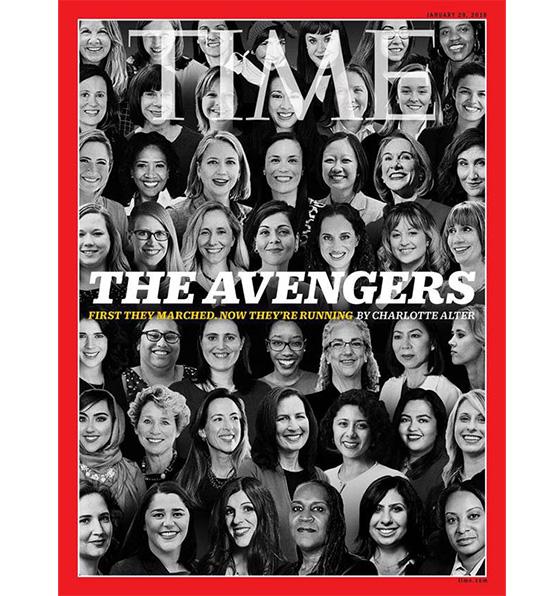 Following Trump’s election in 2016 and his first year in office, a record number of women are on the ballot.

A cover story in this week’s Time magazine profiles those women and the movement in a story called “A Year Ago, They Marched. Now a Record Number of Women are Running for Office.”

The faces of 48 women taking part in races, spanning various public posts, including governor, congress and state legislature, appear on the cover with a bold headline: “The Avengers.”

In addition to an analysis of who is running, where and why, statistics explain the upcoming political landscape as elections loom. According to the article, 79 women have announced gubernatorial bids for 2018, which could potentially double the past record in 1994.

The U.S. House of Representatives is seeing a 350% increase in Democratic women challenging incumbents, up from 41 women in 2016.

Since Trump’s election, per Emily’s List, a PAC that helps elect pro-choice Democratic female candidates, more than 26,000 women have posited launching a campaign for public office. Time notes the nonprofit had to “knock down a wall in its Washington office to make room for more staff.”

Time’s decision to feature the new wave of women’s political activism marks the one-year anniversary of the Women’s March on Washington.