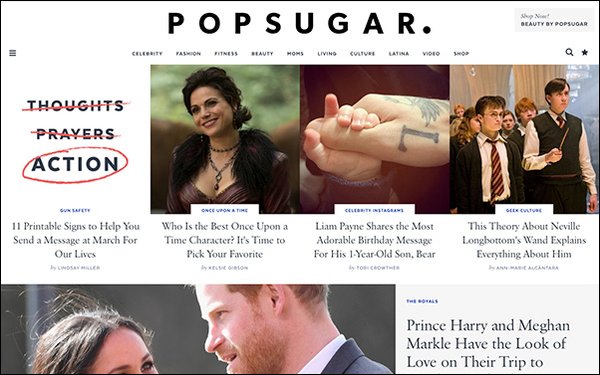 Over the past few years, large-scale events have become an important revenue stream for publications looking to diversify profits, in addition to advertising. Consider The New Yorker Festival held every fall in New York City or the Teen Vogue Summit launched last year in Los Angeles.

PopSugar, a women’s lifestyle site, is about to join in on the growing trend with its newly announced festival, Play/Ground, a weekend-long event dedicated to elevating women in their careers and personal lives.

The festival is slated to be held in New York on June 9 and 10 and organizers anticipate 15,000 attendees, according to The Wall Street Journal.

The festival, produced in partnership with Reed Exhibitions, an events planning company, will feature wellness classes and panels in addition to live performances and a shopping bazaar.

The shopping bazaar, where sponsors pay to showcase their products, offers an additional opportunity for festival sponsorship.

Nordstrom and pharmaceutical company Shire have sponsored the festival with “brand activations,” or hands-on spaces where attendees can interact with the brand’s offerings in person.

The WSJ reports this is another in a line of efforts made by PopSugar, which declined to confirm whether it is profitable. Other efforts include a 2007 acquisition of affiliate marketing product Shopstyle, later sold to Ebates in 2017.

A spokesperson for the company told the WSJ that events are projected to account for 4% of the company’s revenue in 2018.