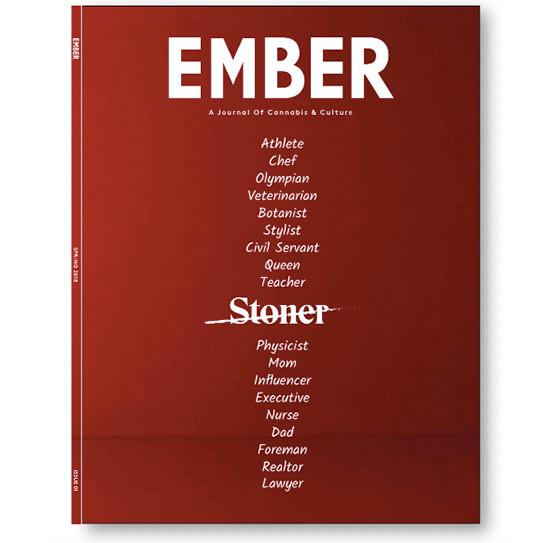 Paper magazine and cannabis company MedMen are partnering to launch a quarterly print publication to cover the intersection of marijuana and culture.

Called Ember, the magazine will explore the lifestyles of people who openly embrace marijuana and its cultural evolution, according to the company, and will spotlight “the best in cannabis products.”

"With Ember we are taking you out of the weeds of stoner culture, and introducing you to an exciting community, growers and innovators who are taking pot to new places,” stated Drew Elliott, creative director of Paper, the pop culture magazine.

“Pot is Pop Culture, and finally we are seeing it legalized and new ways to consume it," Elliott added. "It is not just about smoking anymore… This magazine is going to open your eyes to a whole new point of view on pot."

The first issue will have 44 pages (including the front and back covers), with about six ad pages from big cannabis brands carried at MedMen, including Dosist, Papa Barkley and Canndescent.

Ember will be free with purchase at all MedMen’s retail locations starting April 11. The company has 18 facilities in California, Nevada and New York.

The issue includes interviews with Neal Fraser, chef and owner of Los Angeles-based restaurant Redbird, who infuses cannabis into his signature dishes, and Eben Britton, the former NFL player who advocates for the holistic benefits of marijuana.

Andrew Modlin, co-founder and president of MedMen, will serve as editorial director of Ember.

MedMen claims it is the first American cannabis company to be valued at over $1 billion.