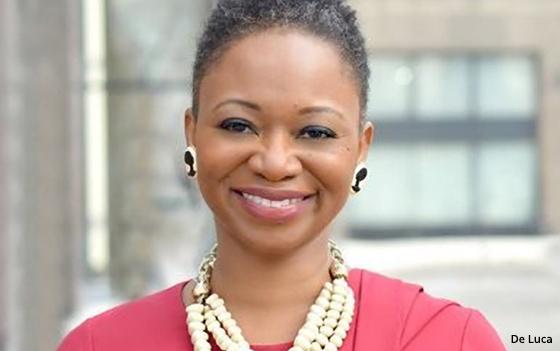 In a memo to staff yesterday, Essence leadership announced the departure of editor in chief Vanessa De Luca and editorial projects director Patrik Henry Bass, as reported by website The Grio. Neither is expected to be replaced.

The two editors shared a total of 30 years experience with the publication.

In the immediate future, digital content director Yolanda Sangweni and executive editor Jacklyn Monk will manage the magazine, content and operations across all platforms.

Essence communication president Michelle Ebanks stated: “To ensure that we have the infrastructure necessary to support this path forward, we are realigning our editorial team structure to include more content integration and audience development across all platforms, including digital, social, video, live experiences and the magazine.”

De Luca, who began her career with Essence as its beauty and fashion features editor, had been EIC for five years. Bass worked as part of a planning team for both the Essence Festival’s Empowerment Experience and its branded book publications. He joined the staff as the books editor.

Essence launched in 1970. After being owned by Time, Inc. for nearly two decades, the magazine was put up for sale earlier this year, following Time’s acquisition by Meredith Corp.

The title was purchased by Richeliu Dennis, the founder of Sundial Brands and owner of the Shea Moisture brand, becoming part of an entirely black-owned independent company.

Since being acquired by Time Inc., Meredith has sold or floated the idea of selling other titles, including Golf, Sunset and flagship title Time, among others.