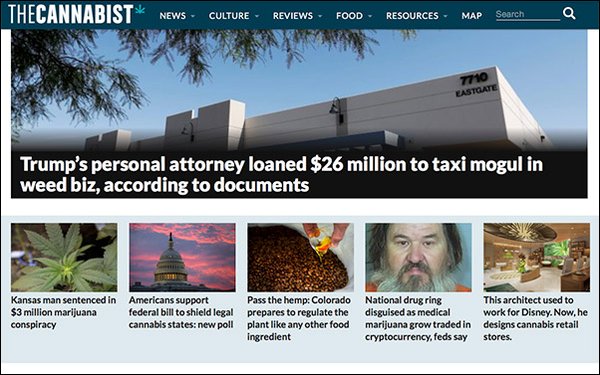 On Friday, The Denver Post eliminated the last remaining full-time staffer at its popular marijuana news vertical The Cannabist.

Earlier in the month, the staff was notified that one-third of editorial employees would be laid off. Alex Pasquariello, editor-in-chief and last dedicated staff member of the vertical, was informed his position no longer existed among the layoffs.

The Cannabist was founded in 2013 by veteran journalist Ricardo Baca, who worked at The Denver Post for 15 years as an editor and writer, before resigning in 2016. The vertical documented the marijuana industry as it became legal in Colorado. In less than two years, the vertical was drawing more readers than High Times.

“It’s devastating to have helped create a news and culture site that changed the way so many people, journalists included, talked about marijuana—and to watch it fall apart, especially now that legal cannabis is increasingly becoming the law of the land,” Baca stated.

“Now more than ever, we need serious journalists covering these state-legal marijuana markets, but this trend is not encouraging, as we’re also seeing staff reductions at the San Francisco Chronicle’s Green State vertical and elsewhere.”

At the vertical’s height, it employed seven full-time employees, including four editorial and three advertising staff members. In December 2017, The Cannabist’s editorial staff was cut from four to three members. This was part of a separate staff reduction.

The Denver Post’s recent staff reduction has made national headlines, as a newsroom that once employed 300 journalists has been reduced to 60 or 70. Baca himself wrote an incindiary op-ed for the paper about the paper’s hedge-fund owner Alden Global Capital.

Members of the Denver journalist community have further called for Alden Global Capital to sell the newspaper, citing a lack of commitment to serious, local journalism.

Baca, who runs the journalism-focused communications firm Grasslands, has expressed interest in buying the vertical from The Denver Post.