Why Democrats Aren't 'Walking Away,' But Walking TOWARD, Michael Moore's New Film 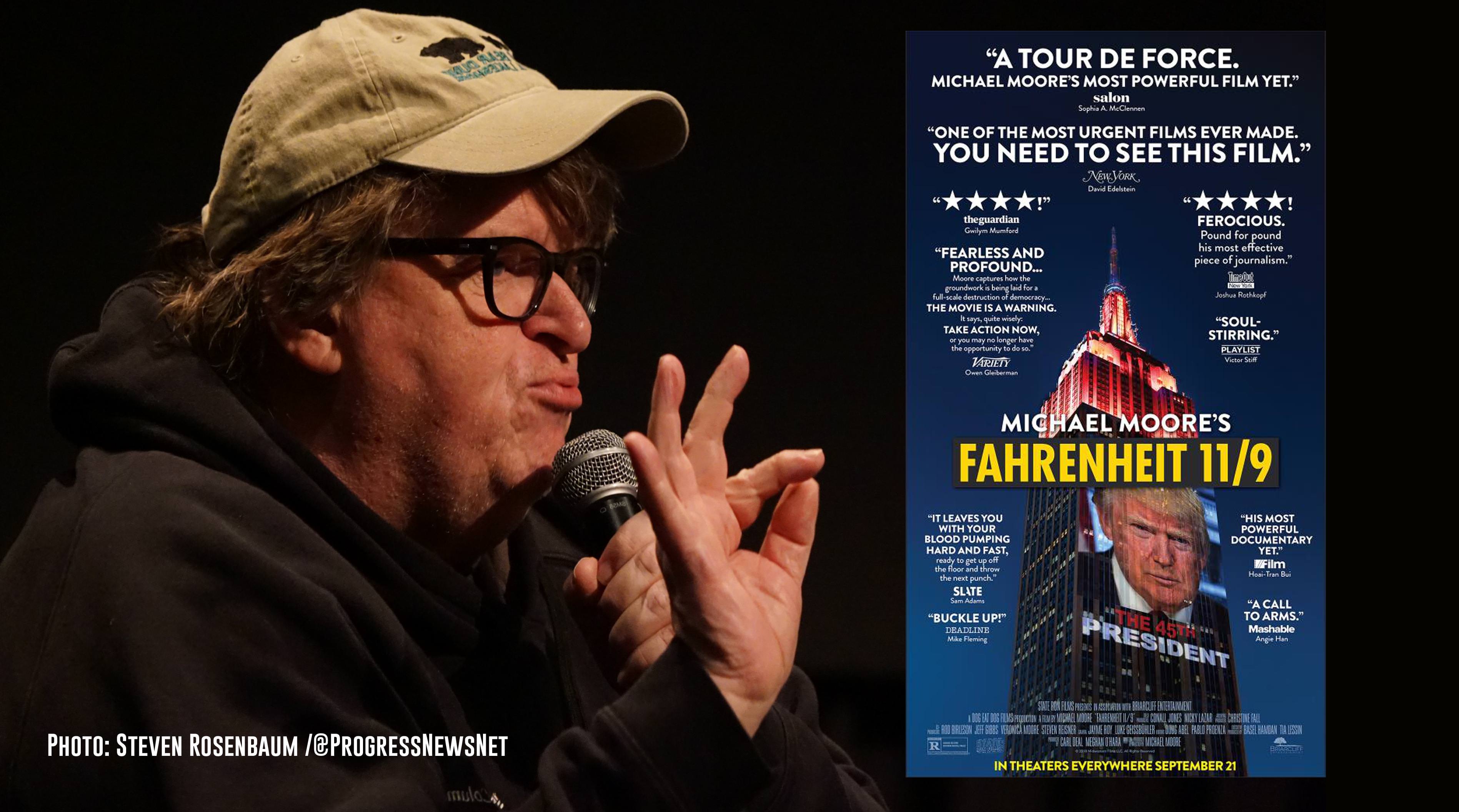 This July there was a fiction that used social media to create a movement. Right-wing media reported a mass movement of people leaving (i.e., “walking away” from) the Democratic party. The social media hashtag #WalkAway was characterized as an answer to the “blue wave.”

There’s just one problem with that burgeoning movement: It doesn’t exist.

One of the top accounts that’s been celebrated across conservative circles -- @sophialimited, who said she had Hispanic, immigrant parents who decided to leave the Democratic party -- was a bot. Twitter suspended it, but not before it racked up tens of thousands of retweets.

In late July, however, the #WalkAway campaign was criticized for sharing memes utilizing photographs of liberals who were purportedly personally testifying to “walking away” from the Democratic Party, but those memes actually employed commercial images of anonymous people provided by the stock photography site Shutterstock.

There’s little actual evidence to suggest that #WalkAway represents a mass conversion of millions -- or even thousands -- of Democrats to Team Trump.

The  #WalkAway hashtag is going Conservative-Internet viral in hopes of driving pro-Trump actions.

In fact, something very different is happening.

Michael Moore, the firebrand filmmaker whose work often polarizes audiences, is on the verge of making film history.

“Fahrenheit 11/9” has already broken though the glass ceiling of documentary film. Moore told an audience at this week’s New York premiere that the film was originally slated to open on Sept. 19 on 600 screens. Then it was 800, then 1,000. Now it looks as if the film will open on 1,200 screens, making it the most widely distributed premiere of a documentary film ever.

That’s a big deal, as exhibitor aren’t motivated by politics. They’re motivated by turning screens into ticket sales. So clearly they see something.

“Fahrenheit 11/9” is about Donald Trump, but it’s surprisingly about way more than that.

It’s about the Stoneman Douglas kids. It’s about teacher salaries. It’s about the water crisis in Flint, Michigan. It is about AMERICA. And it will leave you proud, passionate and, Moore hopes, fired up to vote this November.

All politics are local, and by returning to Flint, Moore makes the film powerfully personal. And he isn’t shy about sharing his hope for the future, like progressive congressional candidates  Alexandria Ocasio-Cortez and Rashida Tlaib, a Muslim American. Tlaib is one of the American Muslims talking about public service these days. More than 90 are running for office, from local school boards to the U.S. Senate, as part of what Democrats hope will be a  blue wave election.

So this weekend, don’t be surprised if you see lines at your local cineplex. Movies are powerful motivators -- and movie audiences are looking to be both entertained and inspired. With “Fahrenheit 11/9,” Moore has done just that.