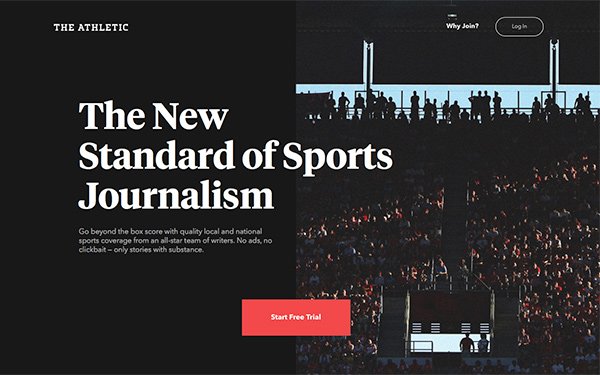 Following a round of Series C funding, The Athletic, a subscription-based sports media company, announced it has raised $40 million. The new round raises the outlets' total investments to $70 million since launching in 2016.

Two years in, The Athletic has 300 full-time employees and over 100,000 subscribers. The company reports a 90% renewal rate among its subscribers with numbers holding steady with the Los Angeles Times' digital subscription base.

The subscription-based publication is estimated to be worth $200 million.

Mather stated: "Our revenue comes in recurring payments. It's a lot less explosive than ad companies — it's harder to build — but the payoff is huge in revenue foundation."

The Athletic's latest round of funding was co-led by Founders Fund, a tech-centric San Francisco-based venture capital firm, and Bedrock Capital, a venture-capital firm specializing in early stage investment. Founders Fund was the lead investor. Despite his position as a founding partner at the firm, Peter Thiel was not involved, per Axios.

Other investors involved in the Series C round that had previously backed The Athletic include Comcast Ventures, Evolution Media Capital, Courtside Ventures, The Chernin Group, Y Combinator, Advancit and Luminari.

theSkimm, another popular digital subscription-based media company, closed out its own series C round of investment in May, bringing in $12 million from Shonda Rhimes and Tyra Banks. The women-centric outlet began as a newsletter and has now grown into a multiplatform company counting 7 million subscribers to its newsletter alone.