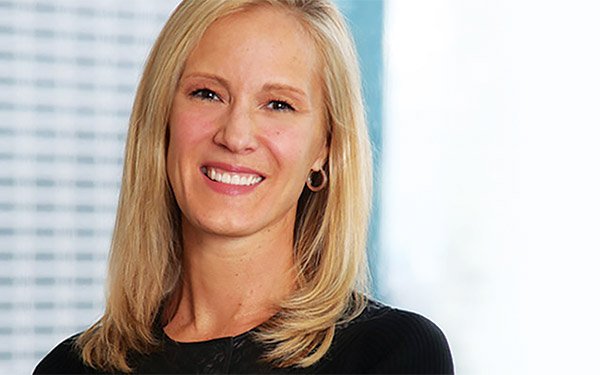 In the ad, Williams hums softly as she puts her daughter in her crib, before quietly reciting the lyrics to LL Cool J’s 1990 classic “Mama Said Knock You Out.” The lyrics begin: “Don’t call it a comeback…”

The ad spread like wildfire on social media, garnering praise for being a “nuanced” and “powerful” celebration of a working mother.

In late August, the internet was buzzing about tennis superstar Serena Williams. It wasn’t about the U.S. Open, just about to kick off. Rather, it was about a new ad from JPMorgan Chase called “#ThisMama,” starring Williams and her baby daughter Alexis.

For JPMorgan Chase CMO Kristin Lemkau, it was also a career highlight. The ad was the “best piece of work I have ever been a part of,” Lemkau tweeted when the campaign launched.

“Our industry has not always been great at accurately and realistically representing motherhood,” Lemkau said of the ad at Advertising Week New York a few months later. “People watched it. They shared it. They loved it.”

With oversight of JPMorgan Chase’s $5 billion marketing budget, Lemkau is one of the most influential CMOs in the country. When she speaks, Madison Avenue listens.

So when she spoke out about brand safety on programmatic ad networks and platforms such as YouTube, companies added new tools and filters.

JPMorgan Chase even took matters into its own hands. It culled the list of websites its ads appeared in and developing a tool that plugs into YouTube’s API to ensure its ads only run on brand-appropriate channels and videos.

Lemkau has called for more transparency and accountability from its partners, both at agencies and the platforms where it spends its marketing dollars.

As digital advertising continues to grow at a record pace, Lemkau has fully embraced the potential it provides, while warning of unintended consequences.

And when it comes to data, Lemkau speaks of the potential it offers to improve customer experiences, while being mindful of privacy and transparency.

She has also pushed her own team to think in terms of KPIs, rather than brand awareness — the Serena
Williams ad notwithstanding.

To that end, Lemkau led the evolution of the “Sapphire” brand name. Originally launched as a credit-card product, the company expanded the brand to personal banking in 2018 to lure more millennials to the consumer bank.

“We had a great brand in Sapphire in our credit card,” Lemkau said at Advertising Week New York. “We learned a lot about the customer that everyone is chasing: the affluent millennial.”

The result was Sapphire Banking, a new deposit product that ties perks associated with the popular family of credit cards to the everyday convenience of a checking account.

In October, Lemkau said that after just one month on the market, and with zero advertising, Sapphire Banking was “operating at 170% higher BAU [Business As Usual].”

It was a triumph of marketing. The company has since launched a more formal campaign, featuring late-night host James Corden, who also stars in the commercials for the company’s Sapphire Reserve credit card.

For Lemkau, it served as a lesson that’s applicable to every company.

“Marketing has to be much further involved in the product design, instead of just being the people selling the thing,” she said. Alex Weprin