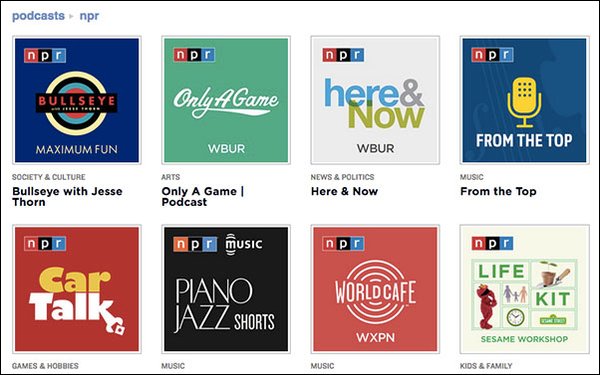 Reading reporter Jane Mayer’s story in this week’s New Yorker comparing Rupert Murdoch’s Fox News with a state broadcaster got me thinking about the dynamics of the podcasting market.

National Public Radio dominates it with an extensive lineup of popular shows.

NPR is a formidable competitor for commercial publishers like BuzzFeed, which closed its podcasting unit in September. BuzzFeed cited lacking revenue for pulling the plug.

“When you get into more expensive, higher production kinds of journalism — TV journalism in particular —it's important there’s a revenue stream attached to that,” Ben Smith, BuzzFeed News’ editor in chief, told Columbia Journalism Review. With podcasting, “We didn’t find a way to do it."

If a digital media juggernaut like BuzzFeed can’t monetize podcasting, it makes me wonder about the health of the broader podcasting industry. Perhaps government subsidies, like those from the Corporation for Public Broadcasting to support NPR’s member stations, will be the difference between podcasts that build a steady audience over time and those that get canceled quickly for lack of monetization.

Having lived in a former communist country, I scoff at the suggestion that any major media outlet in the United States is a state broadcaster, as the New Yorker article suggests. Editor in chief David Remnick, a former U.S. expat who lived in Russia, also should know better.

The term generally means the government is in direct control of its newscasts, filling airtime with propaganda about military triumphs, record crop and factory production and the violent crime waves overtaking cities of enemy countries.

State broadcasting also suggests there isn’t any other choice on the dial. Viewers can change the channel on Fox News at any time and tune into CNN to watch endless hours of Jeff Zucker’s anti-Trump coverage.

Or they can join the millions of households cutting the cord and watch streamed shows at home or on mobile devices. At least the trend toward on-demand programming is favorable for podcasts -- and the publishers that seek to monetize the format.