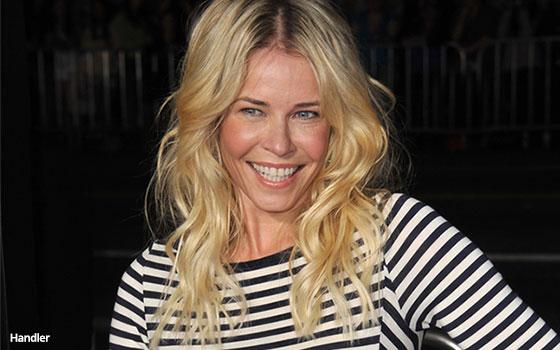 Since launching its flagship website www.civilized.life in 2015, Civilized president Terri Riedle and publisher Derek Riedle have been expanding the platform via live events, like the World Cannabis Congress, new video platforms and marketing.

In 2018, comedian and best-selling author Chelsea Handler appeared during a keynote address at the inaugural Cannabis Congress, talking to the audience about the role of cannabis in her life. The event proved to be so popular, Handler and Civilized teamed up for a cross-Canada speaking tour called “A Civilized Conversation with Chelsea Handler.”

"Cannabis has made a difference in my life, in the lives of my friends and people who have been reintroduced to it. Working with Civilized, I've seen how passionate they are about smashing outdated cannabis stereotypes while keeping people entertained. And it's been a real inspiration," stated Handler.

Prior to Handler’s undisclosed investment, the company marked other milestones, including agreements to acquire L.A.-based full-service marketing communications agency Revolution Strategy in December 2018 and Business of Cannabis, the newly rebranded 420 Games in November.

The lifestyle brand, which counts around 3 million readers, acquired New Brunswick Canada-based Moonlight Bazaar earlier in the year, a night-market event it plans to expand internationally for the cannabis market.

Originally from New Brunswick, Derek told Publishers Daily: “We really try to do everything we can in our hometown to create opportunities and jobs and to incubate events we can take across North America.”

The Moonlight Bazaar welcomes 8,000 to 10,000 attendees, which will traverse North America.

In 2019, Civilized is looking to expand its video reach through partnerships with CCTV that will deliver entertainment and educational cannabis programming to U.S. dispensaries. With Insight Productions, it wants to create content intended for a global TV audience.

Most recently, Civilized signed on Infor Financial, RPC Science & Engineering and Moosehead Beer as sponsors. “Finding companies that round us out editorially, but also make us broader and stronger, is important to Civilized,” he said.