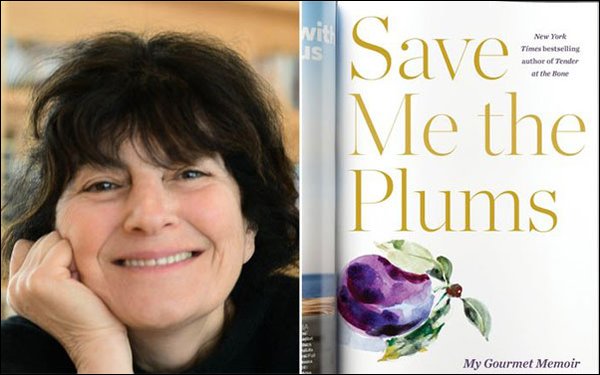 Ruth Reichl published a must-read memoir for those who want to recall the golden age of glossy magazines — when editors had more sway than reality-TV stars and Instagram influencers.

In 1999, Reichl was named editor-in-chief of Gourmet, America’s original food magazine, making her a key tastemaker after working as the food critic for The New York Times. Ten years later, the magazine was gone.

S.I. Newhouse Jr., the late owner of publisher Condé Nast, closed Gourmet in 2009 amid the worst economic decline since The Great Depression. It was a stunning decision. Foodie culture had spawned hit shows such as “Top Chef” that turned chefs Jamie Oliver and Gordon Ramsay into household names.

Reichl’s memoir, "Save Me the Plums" (April 2, Penguin Random House), has zillions of anecdotes about the free-spending ways she worked to democratize food writing and make it less snooty.

Gourmet’s test kitchen spent $100,000 a year to test recipes featured in its pages; it and even employed 12 cooks and three dishwashers. Reichl once flew her entire staff to Paris to recreate the experience of French eating, cooking and shopping in extraordinary detail.

“For 10 years, I never balanced a checkbook [or] made a reservation,” Reichl recounts.

Gourmet’s advertisers weren’t limited to consumer-packaged goods, and it simply wouldn’t accept a downscale brand like Campbell’s soup in its pages. Automotive, banking, beauty, travel and high-end appliances were among its biggest ad categories, Reichl said in an interview with Eater.

Early in her tenure, former Gourmet publisher Gina Sanders explained to Reichl why Cartier and Tiffany advertised in Gourmet: “Fine restaurants are the only places for which Americans still dress up. Where else are women going to wear their makeup and jewels?”

In later years, Reichl felt growing competition from social media and digital publishers as Gourmet lost readers and advertisers. Epicurious, a food and cooking site that Condé Nast opened in 1995, was allowed to publish Gourmet’s recipes, a decision that dismayed Reichl. Gourmet built up a rival website, which can still be found online.

The economic slowdown heralded that change was coming, but Reichl hadn’t foreseen the end of Gourmet.

“I’d fortified myself against the pain of being fired, but this was worse: They had murdered the magazine,” she writes.