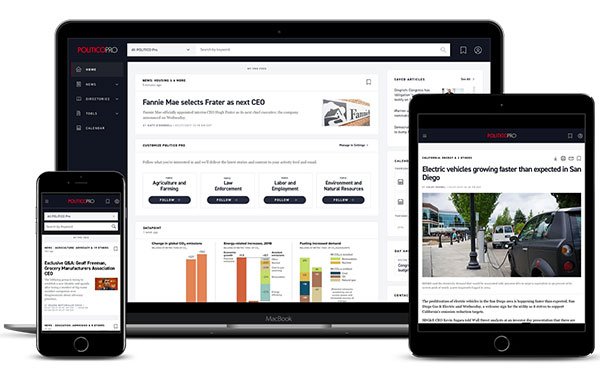 As it looks to deepen user engagement across its platforms and evolve its business model, Politico has launched the new Politico Pro user experience, the first phase of a strategic $10 million investment.

Like AD Pro and F&W Pro, which debuted last month, Politico Pro is a premium intelligence platform geared to professionals involved in policy and politics that melds data with news..

“Where others push news alerts, we will pull our subscribers into a comprehensive ecosystem that delivers news, data and context in a personalized way through our proprietary smart engine," Danica Stanciu, vice president of Politico Pro, stated.

She added the platform’s “vision is to deliver not only superior news, but also the ability to dig deeper, with prior news and analysis, source materials, infographics and legislative information."

The interview marks Schultz’s most in-depth interview to date. He highlights what shaped his “centrist independent” worldview and his stance on political topics including education, healthcare, global business and nationalism.

The podcast is hosted by chairman and EIC of Forbes Steve Forbes.

Forbes stated: “I want people to come away from the first two episodes of our new podcast thinking this is a most-unusual man who deserves understanding and study, because his professional and personal story holds lessons for all of us."

"What's Ahead" will interview other major newsmakers who share their stories and how their actions help shape the world.