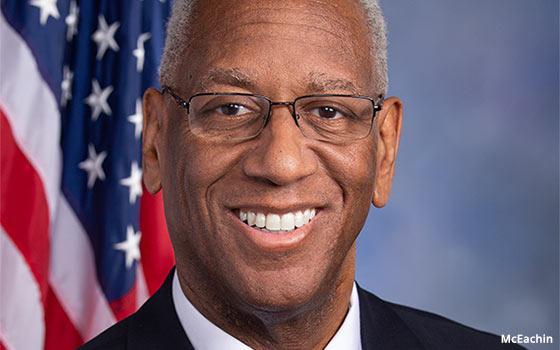 Democrats on the House Energy and Commerce Committee say they are concerned over the possibility of “serious inaccuracies” in the Federal Communications Commission's upcoming report on broadband.

“Given the importance of the report to policies pursued by the Commission, it is critical that the underlying data be accurate and carefully vetted,” Rep. Donald McEachin and 11 other lawmakers say in a letter to the FCC.

The elected officials are also urging the FCC to “immediately correct any faulty deployment data or flawed analysis.”

The letter comes several weeks after advocacy group Free Press noted that a summary of the upcoming report appeared to contain a serious error that inflated the availability of broadband.

The FCC said in February that it had circulated a draft report concluding that broadband deployment is improving, both in terms of availability and speed. The report draws on filings by carriers twice a year.

Several weeks later, the advocacy group Free Press said its independent analysis of the data revealed errors in the report. Specifically, Free Press said the report reflected errors made by broadband provider BarrierFree, which said in a December 2017 filing that it offered fiber-to-the-home and fixed wireless service at speeds of nearly 1 GB to Census blocks containing almost 62 million people.

Free Press said it found that report suspect, given that BarrierFree said earlier in 2017 that it served zero Census blocks. BarrierFree publicly acknowledged last month that its December 2017 filing was erroneous, and said it's working with the FCC to correct the data.

Free Press says the incorrect information from BarrierFree resulted in “a massive over-statement of the change in broadband deployment at the national level during 2017.”

The lawmakers now say the FCC's apparent reliance on BarrierFree's data “raises serious questions as to what steps the Commission is taking to validate the data it receives from providers.”

McEachin and the other representatives are also asking the FCC to answer a host of questions, including when it learned that BarrierFree's report was incorrect. The lawmakers also want to know how the FCC evaluates data submitted by internet service providers, and whether it has reason to believe any other reports by ISPs are incorrect.

The lawmakers have given the FCC until April 23 to respond.