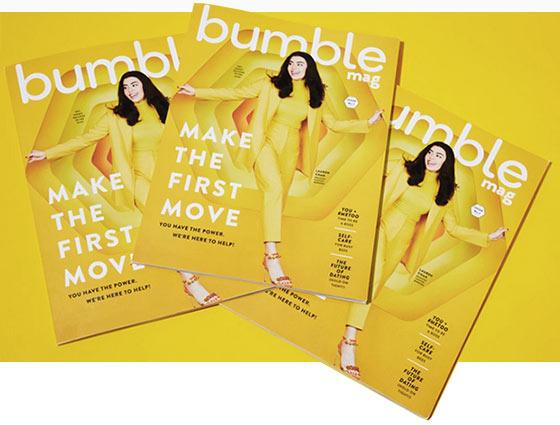 The debut issue, which feature fashion entrepreneur Lauren Chan on its cover, will be marketed to the more than 50 million users of the app.  Copies of the magazine will be distributed by Bumble’s more than 3,000 brand ambassadors. Users can request a free copy through the app.

According to Tech Crunch, the new venture is an attempt to reach new customers and deepen its relationship with existing users “out in the real world.” In line with a physical magazine, the company also produces pop-ups, events and intends to open more “Hives,” or physical locations for users to hang out.

Separately, The New Yorker is launching a new crossword called the Weekend Crossword and available every Friday.

The puzzle comes a year after the publication launched its first American-style crossword puzzle, which posts every Monday. It is intended to be a lighter version to “ease [users] into Saturday and Sunday,” per the company.

Constructors Erik Agard and Aimee Lucido were added to the crossword team to support the new effort. The first Weekend Crossword is available now.