'Salon' To Sell Assets for $5 Million 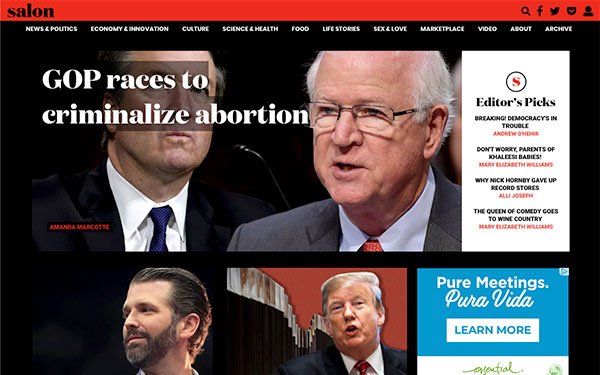 In a Securities and Exchange Commission filing last week, Salon Media Group said it had reached a deal to sell itself to a company called Salon.com LLC, reports the New York Post.

No additional information about the buyer was available through the filing.

The buyer would pay the additional $3.85 million over two installments over the next two years via a promissory note.

The New York Post noted Salon stated in the filing: “There can be no guarantee that the asset sale will be completed and, if not completed, we may have to file for bankruptcy and liquidation.”

The filing also revealed that Salon CEO Jordan Hoffner resigned on May 3, though he remains a company director.

Both Hoffner and Calhoun are Salon Media board members.

The digital media company, founded in San Francisco in 1995, announced a paid app and expected digital expansion just over a year ago. The app was expected to allow the company to invest in exclusive long-form journalism as it attracted subscribers, while offering an ad-free experience. A membership service was also reported to be in the works.

The NYP reports the company has been losing money since it went public in 1999 at $107 million.