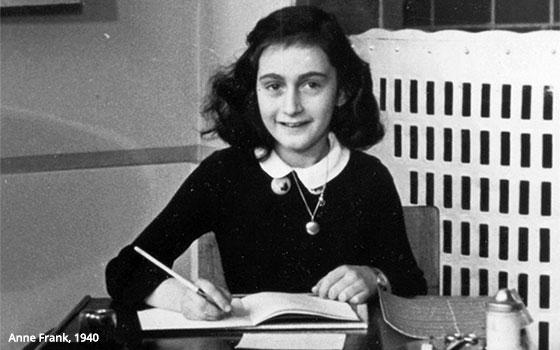 The Harvard Lampoon apologized after printing a sexualized image of Anne Frank, the famed teenage diarist who was killed in a Nazi concentration camp.

The student-run humor magazine claimed in a letter posted online that it denounces "all forms" of anti-Semitism and plans to revamp its editorial review process.

A recent edition showed an image of Frank’s face Photoshopped on the body of bikini-clad woman beneath text that read: “Gone Before Her Time: Virtual Aging Technology Shows Us What Anne Frank Would Have Looked Like if She Hadn’t Died.” A caption read: “Add this to your list of reasons the Holocaust sucked.”

Rabbi Jonah Steinberg, executive director of Harvard Hillel, emailed the magazine’s editors and compared the photo to the “obscenity of the Nazis” and condemned the sexualized depiction of a teenage girl.

“They crossed the line from humor into anti-Semitism,” Robert Trestan, executive director of the Anti-Defamation League's Boston office, told The Boston Globe. “They’re using humor as an excuse to trivialize the Holocaust, and it’s deeply offensive.”

The German-born Jewish girl’s diary of her experiences during World War II stands as one of the most powerful memoirs of the Holocaust. She was killed at the Bergen-Belsen concentration camp at age 15, and became famous after her father published her account of hiding from Nazi troops as “The Diary of a Young Girl.”

Since its founding in 1876, the Lampoon has nurtured literary and comedic talent, including John Updike and George Plimpton, late-night host Conan O’Brien and Spy magazine cofounder Kurt Andersen.

While I don’t doubt the sincerity of current Lampoon co-presidents Nicholas Grundlingh and Jack Stovitz, and former president Liana Spiro in penning their apology, I’m astounded that anyone thought such a deeply offensive image was funny.

We’ve reached the lowest point in our culture when students at an esteemed university like Harvard are cracking jokes about the Holocaust. The Lampoon has a reputation for feeding the media industry with fresh writing talent, which is deeply worrisome for anyone who cares about the tone and sensibilities set by the taste-making elite.

Unfortunately, the history of the Holocaust is being lost, making it somehow acceptable to joke about it, or deny it altogether. One-fifth of millennials said they either hadn’t heard of the Holocaust or weren’t sure if they’d heard about it, a survey found last year.

I hope the Lampoon’s misjudgment isn’t part of a disturbing trend, especially since The New York Times two weeks ago apologized for an anti-Semitic cartoon. The image depicted Israeli Prime Minister Benjamin Netanyahu as a dog wearing a Star of David collar, leading a blind President Trump wearing a skullcap.

The cartoon obviously meant to criticize Trump for allegedly letting Netanyahu steer U.S. foreign policy, a topic that is fair game for debate. But to use imagery that recalled Nazi propaganda denigrating Jews as animals is deeply offensive.

It’s even more frightening as anti-Semitism makes a dangerous resurgence in many countries, including the United States.

The Anti-Defamation League said 1,879 attacks against Jews and Jewish institutions were reported last year, the third-highest since the organization started keeping records in the 1970s. That included the deadliest attack on Jews in U.S. history in October, when a white supremacist killed 11 people at a synagogue in Pittsburgh.

As much as I despair at these incidents, I try to remind myself of Frank's boundless faith in humanity.

"In spite of everything, I still believe that people are really good at heart," she wrote.

Let's hope she was right.