Can Dweb Save The Internet? 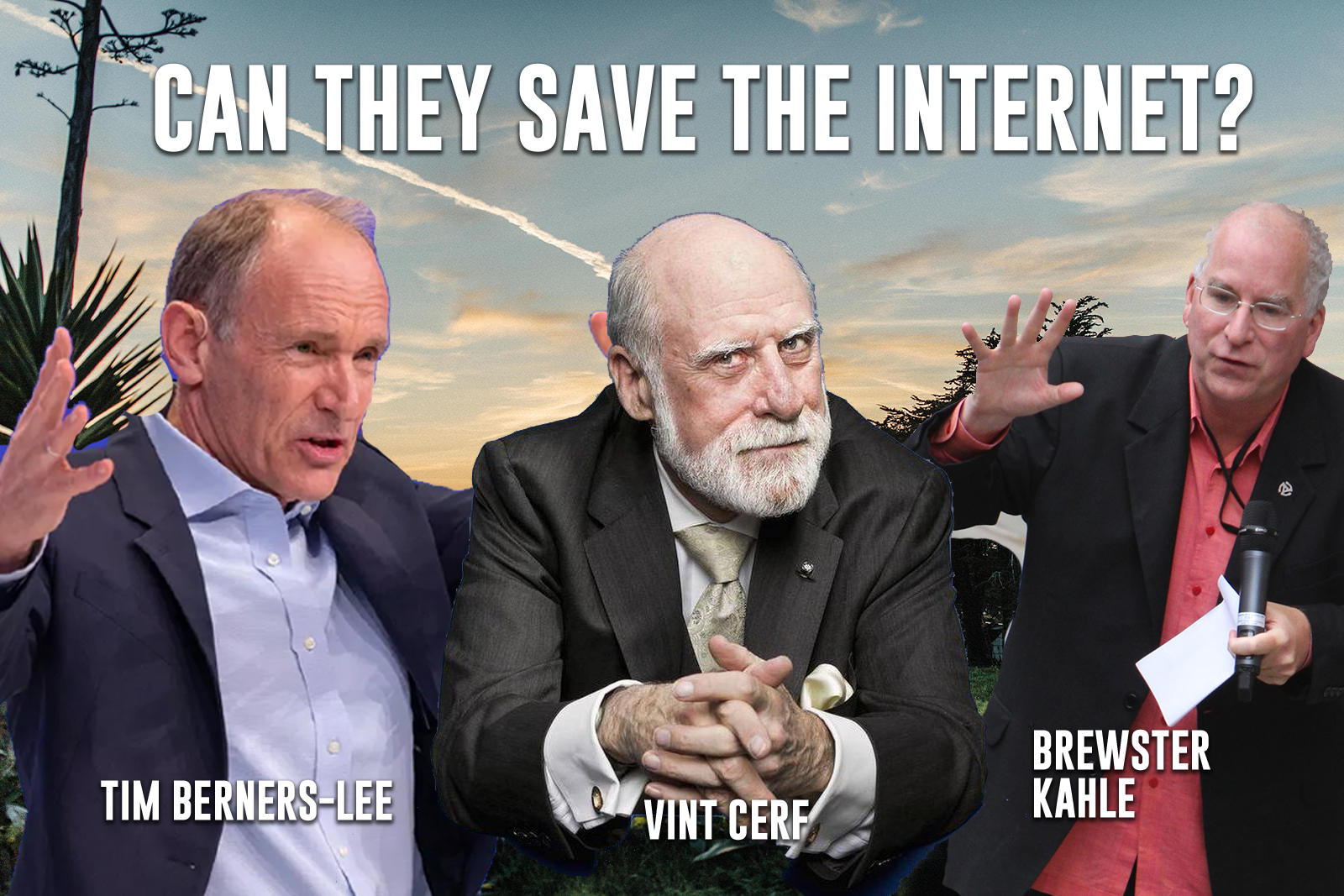 On a mysterious farm just above the Pacific Ocean, the group who built the internet is inviting a small number of friends to a semi-secret gathering. They describe it as a camp "where diverse people can freely exchange ideas about the technologies, laws, markets, and agreements we need to move forward.” Forward indeed.

It wasn’t that long ago that the internet was an open network of computers, blogs, sites, and posts.

Brewster Kahle is one of the early web innovators who built the Internet Archive as a public storehouse to protect the web’s history. Along with web luminaries such as Sir Tim Berners-Lee and Vint Cerf, he is working to protect and rebuild the open nature of the web.

“We demonstrated that the web had failed instead of served humanity, as it was supposed to have done,” Berners-Lee told Vanity Fair. The web has “ended up producing -- [through] no deliberate action of the people who designed the platform -- a large-scale emergent phenomenon which is anti-human.”

So, they’re out to fix it, working on what they call the Dweb. The “d” in Dweb stands for distributed. In distributed systems, no one entity has control over the participation of any other entity.

Berners-Lee is building a platform called Solid, designed to give people control over their own data.

Other global projects also have the goal of taking take back the public web. Mastodon is decentralized Twitter. Peertube is a decentralized alternative to YouTube.

This July 18 - 21, web activists plan to convene at the Decentralized Web Summit in San Francisco. Back in 2016, Kahle convened an early group of builders, archivists, policymaker, and journalists. He issued a challenge to  use decentralized technologies to “Lock the Web Open.” It’s hard to imagine he knew then how quickly the web would become a closed network.

Last year's Dweb gathering convened more than 900 developers, activists, artists, researchers, lawyers, and students. Kahle opened the gathering by reminding attendees that the web used to be a place where everyone could play. "Today, I no longer feel like a player, I feel like I’m being played. Let’s build a decentralized web, let’s build a system we can depend on, a system that doesn’t feel creepy” he said, according to IEEE Spectrum.

With the rising tide of concerns about how social networks have hacked our democracy, Kahle and his Dweb community will gather with increasing urgency around their mission.

The internet began with an idealist mission to connect people and information for good. Today's web has yet to achieve that goal, but just maybe Dweb will build an internet more robust and open than the current infrastructure allows. That’s a mission worth fighting for.

internet
1 comment about "Can Dweb Save The Internet?".
Check to receive email when comments are posted.
Next story loading