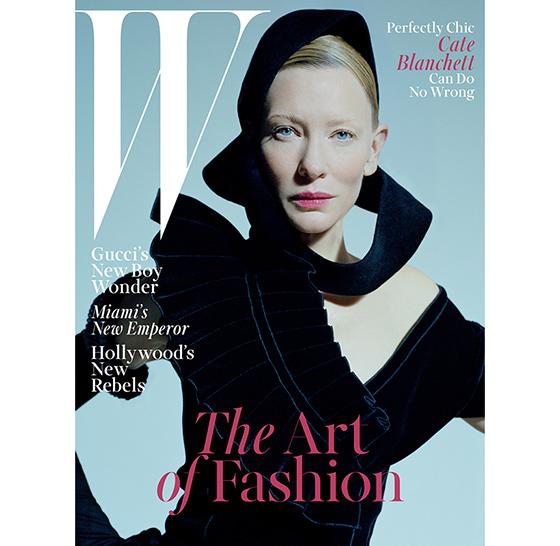 Texas Monthly and Conde Nast’s W magazine each announced they are moving to new ownership today.

WWD reports that longtimeEIC Stefano Tonchi will exit the title following the acquisition. Sara Moonves has been announced as the title’s next editor-in-chief. She is the title’s first female EIC in its 47-year history.

Moonves has previously worked at Vogue and T: The New York Times Style Magazine. She joined W in 2017 as style director.

Marc Lotenberg, CEO of Future Media Group, noted Moonves’ “enormous credibility in the fashion community, not to mention a forward-thinking sensibility” as assets that will serve the title “beyond its core print distribution into various offline, online and augmented formats.”

Under the new arrangement, W will continue to publish eight print issues a year. The title reports over 500,000 paid subscribers, with a digital global media reach of more than 3 million users a month on its website. Its videos count 23 million views on average per month.

Conde Nast will provide support during the transitional period. The sale of W follows the recent sales of Brides and Golf by Conde Nast.

Separately,Texas Monthly was purchased from private-equity firm Genesis Park by Houston-based investor Randa Duncan Williams. Terms of the agreement were not disclosed.

Under its new ownership, Texas Monthly is expected to build editorial resources, the marketing of online and print subscriptions and expand the brand across platforms through the accelerated investment.

The magazine’s EIC Dan Goodgame and its president Scott Brown will report to Williams.

The sale closes on June 30, 2019 and the magazine will remain in its offices in downtown Austin with satellite offices in Dallas and Houston.

Paul Hobby, managing partner of Texas Monthly’s former owner, Genesis Park, and CEO of the magazine since 2016, reports he and his partners have been turning down potential new purchasers for the past two years as they worked to “re-energize” the title.

“That plan is well underway. We now have a first-rate editorial and business team in place and have grown the total audience more than 76% since our acquisition,” Hobby stated.