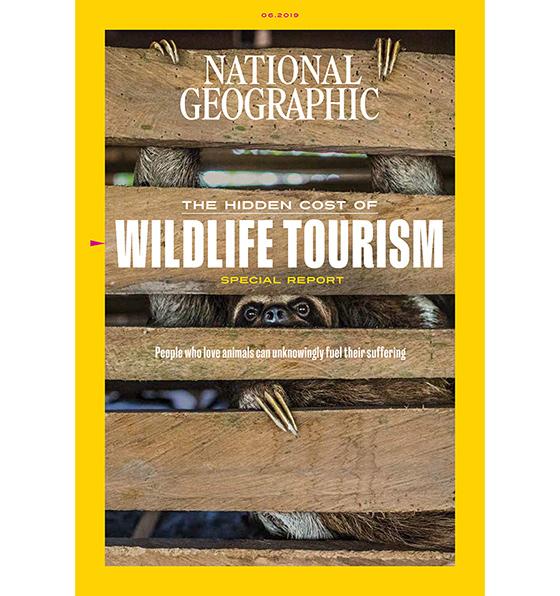 National Geographic is one of the first brands to test Instagram’s “donate” feature, asking readers to support its investigative journalism following its June cover story exploring the wildlife tourism industry.

“The Hidden Cost of Wildlife Tourism” story “shines a light on the commercial-scale exploitation of wildlife and other valued resources, identifies weaknesses in national and international efforts to protect wildlife, and empowers institutions and individuals working to save at-risk species,” Susan Goldberg, National Geographic Magazine editor-in-chief, told Publishers Daily.

National Geographic went behind-the-scenes at a number of wildlife tourism activities in Thailand, Russia, the Amazon and the U.S. to uncover animal abuse. The move is fueled by a generation’s obsession with social media and photo-worthy opportunities, like riding elephants and posing with tigers.

National Geographic is the most followed brand on Instagram, with over 112 million followers. Goldberg said “early results" show this feature "really resonates" with its audience.

A large number of donations have come in small dollar amounts, “which indicates that audiences far and wide are moved by the reporting and inspired to take action,” she noted.

Instagram and other social platforms are “instrumental in helping us monetize our editorial content with brand partners that can leverage our reach and spread their messages,” Goldberg said.

Instagram launched the feature in early May, and National Geographic saw an opportunity to rally its audience around its reporting.

“We believe people should leave our stories feeling empowered, not helpless, so giving people tips and ideas for how they can make a difference is key,” Goldberg said. She added the Instagram feature was a way to “marry our mission with real-life, easy-to-use action.”

Goldberg foresees using the “donate” button for upcoming magazine stories. “We continue to experiment with social platforms to see what our audience engages with, and it seems this feature really resonates."

Hosted by photo editor Vaughn Wallace, the podcast introduces listeners to the explorers and scientists that are part of National Geographic’s network. Each episode runs under 20 minutes. There will be eight episodes in the first series, released every Tuesday.

The first episode is called “Humpback Whale Song of the Summer” and looks into the “culture” of the Western Pacific humpback whales and how they create their “song of the year.”

Other episodes will cover the art and evolution of children’s ability to lie, and scuba diving in an underwater pyramid in Sudan.