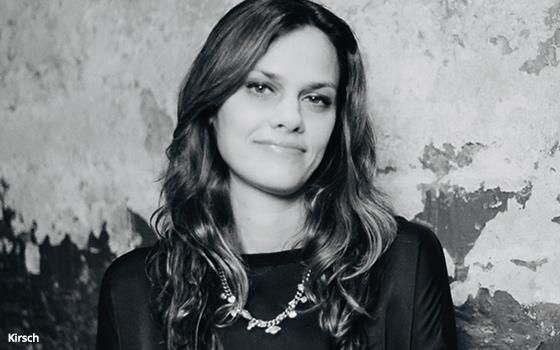 Kirsch will be based in the company’s New York offices and report to company president Ocean MacAdams. She brings nearly two decades of experience in the TV and digital media industries, most recently at Vice Media and A&E Networks.

During her career, Kirsch has built marketing campaigns, creative communication, high-quality video content and brand experiences, snagging a Prime time Emmy Award for “Viceland at the Women’s March,” for which she led production at Vice Labs, a short-form experimental content creation team.

Kirsch was responsible for building Viceland’s brand architecture and voice into campaigns and short-form content for the network. Viceland earned over 170 awards, including Webbys, Obies and Cannes Lions. She also led initiatives that included the experiential activation “Viceland Bus,” “Weed Week” and the launch of Vice’s inaugural merchandise department.

During her 11 years at A&E, Kirsch was vice president of brand creative and marketing. In that role, Kirsch led all off-air marketing communications for A&E, History Channel and H2 in creative development. She was also responsible for developing the brand identity for the launch of the lifestyle network FYI.

Kirsch stated: “There’s so much information, stimulation and noise out there. Thrillist’s eye towards curation and track record for creating the kind of impactful content that cuts through and creates a loyal fan base makes it an exciting place to be.”