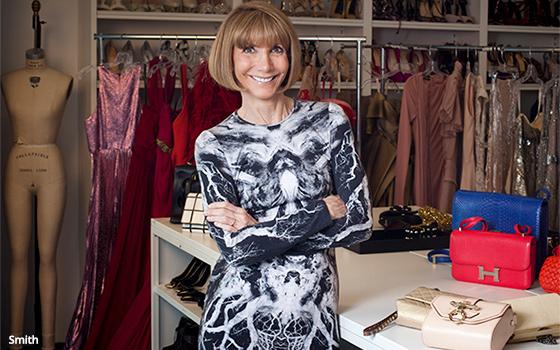 Smith had been the vice president-publisher-CRO of Harper’s Bazaar since 2011. As of August 15, she will be publishing director of all three magazines as Hearst continues to consolidate its publishing business.

Smith had run Elle and sister publication Elle Decor from 2002 and 2010, when it was owned by Hachette Filippachi Media. Hearst acquired the business from French publishing giant Lagardère in 2011.

At Hearst, Smith relaunched Harper’s Bazaar and created the content-to-commerce venture ShopBazaar, according to a statement. She also introduced harper by Harper’s Bazaar, a celebrity guest-edited supplement with a single sponsor.

Smith was the founding publisher of Parenting magazine, which Time Inc. acquired in 1992 and named her as the president-CEO of its Parenting Group. She was the founding publisher of Vibe, the music magazine that music producer Quincy Jones started in 1992 with financial backing from Time. While at the company, she also helped to launch Martha Stewart Living, which is now published by Meredith Corp.

O’Malley spent 22 years at Hearst in two separate stints. He worked on the 1991 launch of Smart Money when it was a joint venture between Hearst and Dow Jones & Co. He left to work at Wenner Media as a publisher of Men’s Journal and Rolling Stone, before returning to Hearst in 2003 as publisher of Esquire.

The company in 2011 named him publisher of Elle and earlier this year added Marie Claire to his portfolio.