The study, which is based on a nationally representative sample of Twitter users, found that @BarackObama is followed by 26% of U.S. adult Twitter users.

Bill Clinton is the only other former president with a public Twitter account, is followed by 6% of adult users.

“The analysis goes beyond simply counting each president’s number of followers, which can include institutional or automated accounts, people in other countries and people younger than 18,” the Pew analysts write, explaining why the analysis is more representative of actual Twitter reach.

Previous analyses have found that a significant share of @realDonaldTrump’s followers are bots. 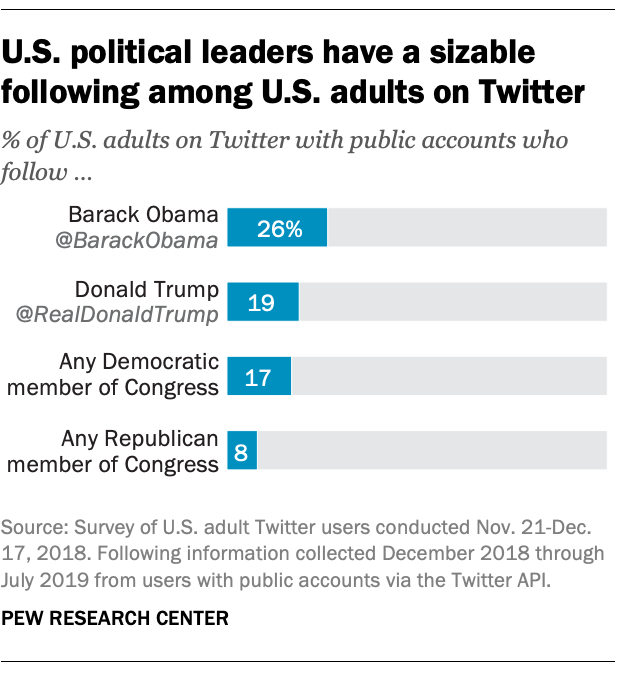