Dershowitz Accuses 'The New Yorker' Of Trying To Silence Him 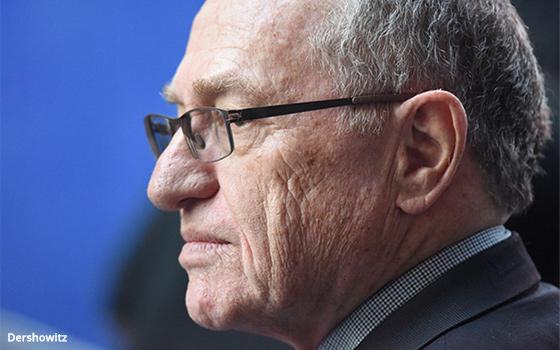 In a column posted to conservative news website Newsmax, Dershowitz said Remnick commissioned a hit piece that cites false accusations of sexual misconduct to damage his reputation. Dershowitz also said the unpublished story claims he abused his first wife and stripped her of custody of his two sons.

“Remnick despises Trump and Netanyahu, and is well known for his strong anti-Israel bias. Remnick explicitly told people that I must be silenced,” Dershowitz said in his column. “He will use the credibility of The New Yorker to accomplish this goal.”

Dershowitz also took aim at Connie Bruck, a staff writer at The New Yorker, saying she didn’t give him an opportunity to respond to allegations about sexual misconduct and abusive behavior.

“She ignored or minimized the evidence of my innocence,” Dershowitz said. “She relied on interviews with the lawyers of my false accusers and my political enemies.”

In a phone interview, Dershowitz said he first heard about The New Yorker profile from a source whom Bruck had interviewed. He gleaned more details about the story’s contents after a fact-checker at the magazine contacted him.

“I’m the easiest guy to reach — every criminal in the world knows how to get in touch with me,” Dershowitz said. The professor’s email and office phone number are published on his profile page at Harvard Law School.

He said he threatened to sue the magazine for defamation — and will challenge a legal precedent that gives journalists certain privileges to cite court documents.

Dershowitz is no stranger to the news media. As a lawyer, he successfully defended rich and famous clients, such as O.J. Simpson and Claus von Bulow against criminal charges.

He also sparked controversy as a political liberal and 2016 supporter of Hillary Clinton who argued for President Trump’s civil liberties during the Russia collusion probe.

The July 6 arrest of former client Jeffrey Epstein, a multimillionaire financier, for alleged sexual abuse of underage girls has put the spotlight back on Dershowitz.

legal, magazines, politics
2 comments about "Dershowitz Accuses 'The New Yorker' Of Trying To Silence Him".
Check to receive email when comments are posted.
Read more comments >
Next story loading