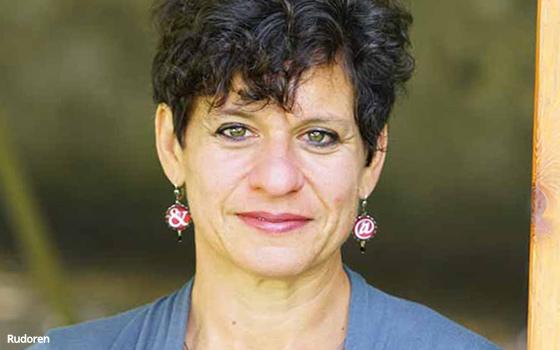 The Forward, a Jewish publication started in 1897, this week appointed veteran editor and reporter Jodi Rudoren as editor in chief.

Previously, Rudoren was an associate managing editor at The New York Times, where she most recently developed digital strategies to engage readers. She is expected to start her new job in September.

The publication changed its frequency from a weekly to a monthly schedule two years ago, then eliminated its print edition altogether earlier this year, going all digital. At that time, The Forward cut about 30% of its staff, including former EIC Jane Eisner.

Publisher-CEO Rachel Fishman Feddersen last week said the nonprofit group that oversees the publication, the Forward Association, received a $500,000 gift from Craig Newmark, the Craigslist founder and media philanthropist. Feddersen said the publisher would use the money to revitalize The Forward’s website and boost readership.

Rudoren was one of the highest-ranking female journalists at the NYT, according to a report in the newspaper. She anchored the paper’s coverage of Israel from 2012 to 2015. She also was the newspaper’s Chicago bureau chief, a correspondent on the 2004 presidential campaign and deputy editor on the "Metro" desk, where she created the "Sunday Metropolitan" section, the NYT reported.

She helped author a major internal review of the NYT’s digital efforts and served as an executive producer of the Emmy-winning digital documentary series “One in 8 Million.”

“This is a critical moment for local and identity-based journalism and a crucial moment in the American Jewish story,” Rudoren said in an announcement on The Forward’s website. “We need independent reporting, provocative writing and dynamic storytelling that connects people to their Judaism, and we need a platform for civil discourse about all that divides us.”

The Forward began as a Yiddish-language daily newspaper 122 years ago. The publication focuses on Jewish life, including politics, religion, culture and foreign affairs. It started publishing English-language editions in the 1980s and has articles in both languages online.

The Forward reaches about 2 million readers a month online, and one-third of its audience is under 35.

Its losses narrowed to $3.7 million last year from $7 million in 2016, New York Post media columnist Keith Kelly reported. The Forward forecasts that its losses will decline to less than $3 million this year.