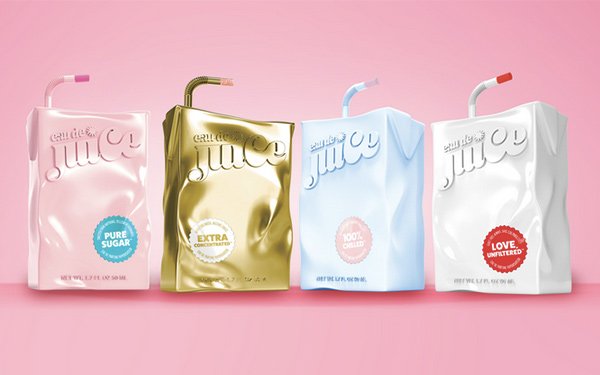 The media brand partnered with Luxe Brands, which has worked with celebrities like Ariana Grande and Justin Bieber on fragrance lines in the past.

The four scents are available exclusively at Ulta until the end of the year. The fragrance line marks the first time Luxe Brands has partnered with a magazine, WWD reports.

"Pretty Little Liars" star Ashley Benson has been tapped as the line’s spokeswoman. Cosmopolitan will advertise in print and online.

Each of the four fragrances comes in a bottle shaped like a crumpled juice box. According to WWD’s report, the line will appear in stand-alone cases reminiscent of retro refrigerators in Ulta stores.

Also notable, the bottle doesn’t brandish the Cosmopolitan name in any noticeable way.

Steve Ross, Hearst’s Global Chief Licensing Officer and head of brand development, told WWD: “If you look at the bottles, for which we have a design patent pending, and aesthetics of the overall campaign, you can really see this brand come to life in a cheeky and whimsical way. That was intentional, and we really leaned in to our brand differentiator to find our own niche in a highly competitive fragrance market.”