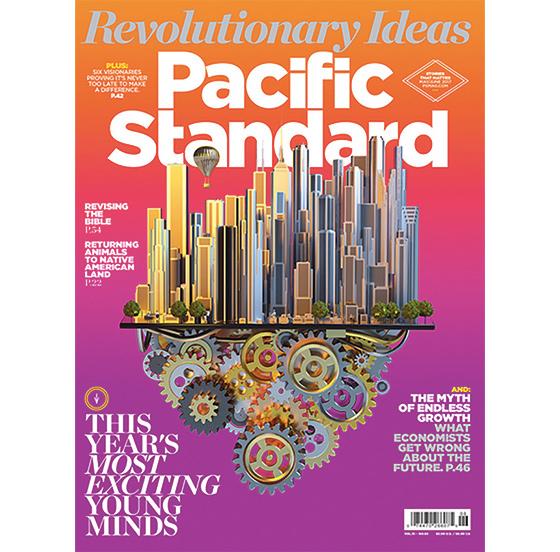 The publication’s last day will be August 16.

The decision to close the California-based outlet came after its backer, nonprofit Social Justice Foundation, pulled funding, a move that came without warning to the staff.

In a tweet on Wednesday, Jackson, who was EIC for nearly six and a half years, wrote: “I’m feeling all of the emotions about this terrible news. Anger and frustration, certainly — we were repeatedly and enthusiastically told we were over-performing and — delivering up until the very end, and that we had a long-term commitment — shock, sadness and disappointment.”

The magazine and the foundation that backed it were founded by Sara Miller McCune in 2008 and was first titled Miller-McCune.

The Los Angeles Times reports the decision to close the magazine was made by Pacific Standard’s four-member board of directors.

Jackson wrote the title has published 20,929 articles, “reached tens of millions of people every year; produced podcasts and nearly 50 stunning print magazines; hosted events and panels and dinners to encourage industry collaboration; and partnered with dozens of others to promote and support their reporting efforts; and lots more.”

The magazine covered stories around the globe. Reporting took place across all 50 states and U.S. territories. It had also opened a second office in Washington, D.C.

“Even though we’re leaving, there’s still a pressing need for the kind of work [Pacific Standard] produces — nonpartisan, science-informed reporting on social and environmental justice. I hope some of what we’ve done has touched you and influenced others who continue where we can’t,” Jackson wrote.

The magazine counted around 20 full-time staffers in addition to 25 contract writers and many freelancers. Jackson told the L.A. Times that Pacific Standard staffers were offered severance packages.