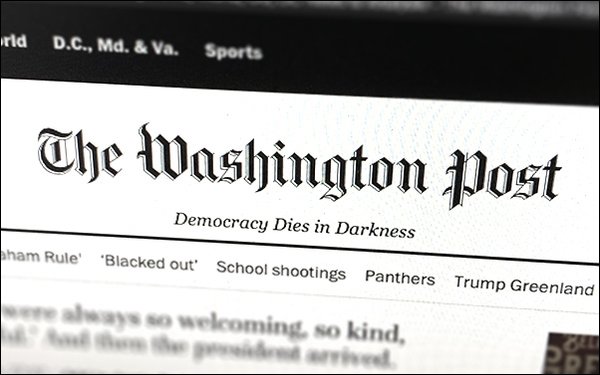 Looking for new ways to engage with audiences, TheWashington Post and BuzzFeed have both introduced enhanced ways to interact with their news and article lineups this week.

A new “Discover” section on TheWashington Post’s app allows users to interact visually with the day’s most relevant or interesting stories. As users scroll through the section, visual headlines, or “brights” as they’re known at the outlet, appear. Users tap to read the full article.

TheWashington Post reports the visuals were first used in its Select app. The “brights” were updated for the new “Discover” section and a newsroom design team creates one for each story.

Chris Meighan, director for emerging news products at TheWashington Post, stated: “In recent weeks, we have adjusted the designs of the brights to maximize impact. We have updated our use of typography, refined our color palette and implemented a dynamic illustration style to allow our top stories to have a more cohesive and modern feel.”

Users can access the app update on the App Store, Google Play Store and Amazon App Store or check it out through a Chrome extension.

BuzzFeed wants to connect with its users on an emotional level with its new MoodFeed.

The new tool lets readers pick a mood from curious, stressed, bored, nostalgic, joyful or hungry and have a series of articles delivered based on that choice. By choosing “nostalgic,” a user will get a list of pop-culture history stories, or DIY and strange facts, if they chose “curious,”Tech Crunch reports.

The interface was reverse-engineered by first deciding which mood options would be offered, then applying articles to that rubric.

Currently, the interface is considered more of an experiment by the company, according to the Tech Crunch report. BuzzFeed is still figuring out how often to refresh the stories and the approach behind it.

Halperin told Tech Crunch: “This could scale in a really interesting way. You may have noticed there are only six moods, but of course, there are several different moods that come along with certain events [so we’re interested] in really being able to expand the moods at different times of the year.”
news, online publishing
Next story loading