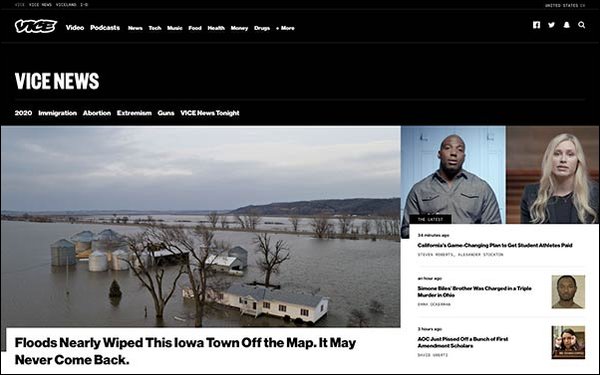 Vice Media laid off around 15 people Thursday as it prepares to merge Viceland with Vice News. The cuts affect departments that include programming, marketing and research, The Wall Street Journal reports.

In addition to the layoffs, the company plans to merge Viceland with Vice News and has added additional staff to its news division. The strategy is intended to move the company’s video offerings away from lifestyle and entertainment and toward news.

Viceland was launched in 2016 as a way to diversify revenue.

Earlier this month, Vice Media announced that its news show “Vice News Tonight” would move to Viceland after it was canceled by HBO in June.

Vice and HBO worked together for seven years, with “Vice News Tonight” debuting in 2016. The show is reported to attract over 500,000 viewers per episode.

Jesse Angelo will head the effort as news and entertainment chief. Josh Tyrangle, Vice’s executive vice president of news, will stay with "Vice News Tonight" until it airs its final show in September. He is then slated to leave the company.

In July, “Vice News Tonight” received 19 Emmy nominations across 12 categories, the most among nightly newscasts for the second year in a row.