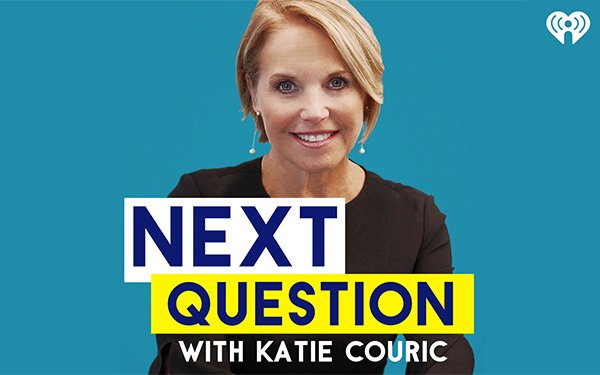 The show, which previewed its first episode last week, focused on how pornography is impacting sexual relationships, will explore topics important to today’s audience through the lenses of news, politics and pop culture.

The second episode is slated for October 10. The episodes are available digitally. Full episodes and vignettes will also air on broadcast radio.

“I’m insatiably curious about the world, and at this moment in time, things are changing at breakneck speed. In the face of seismic cultural shifts and information overload, I often try to connect the dots, and I’m excited to take listeners along for the ride,” Couric stated.

iHeartMedia reports reaching more than 250 million monthly podcast listeners each month and is available on more than 250 platforms and 2,000 different connected devices.

The company continues to attract big names in both the cultural and podcast spheres. Late last week, Questlove, who has long been a partner with Pandora, helping to build its reputation as an original content creator, announced he is taking his Questlove Supreme podcast to iHeartMedia.

Season three of the show will premiere on iHeartMedia on November 6. The show was a keystone of Pandora’s original programming.

Each of these high-profile announcements followed iHeartMedia’s second-quarter earnings report, which showed its digital revenue increasing by 33% in Q2.

The report was its first since emerging from Chapter 11 bankruptcy.

"As demonstrated in our results, iHeartMedia’s increased revenue and overall positive financial performance reflects the resilience and growth of our businesses and the value of our recent investments, particularly in podcasting and data and analytics," Rich Bressler, president, COO-CFO of iHeartMedia, stated.