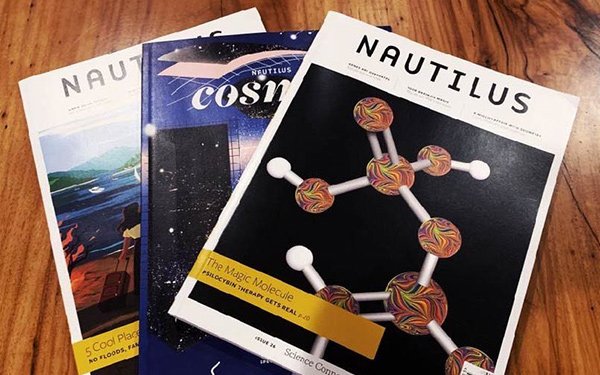 A group of investors described as “super-fans” are set to acquire literary science magazine Nautilus.

Under the terms of the deal, the new owners will invest aggressively in editorial, reader experience and new products. They will also introduce a digital strategy and website set for a 2020 launch.

Daily Dot cofounder-CEO Nicholas White is leading the new ownership group. White will assume the title of CEO at Nautilus following the acquisition.

The print edition of Nautilus will continue to publish with no interruption under the plan. Nautilus has more than 10,000 paying subscribers and reaches an online audience of more than 10 million, the outlet reports.

Nautilus publisher-editorial director John Steele will remain in those roles, while Kevin Berger will become the title’s EIC and Michael Segal its editor-at-large.

Nautilus was founded in 2013 and was the first magazine to win two National Magazine Awards in its first year of eligibility. It has also receive Webby awards and AAAS Kavli Science Journalism Awards.