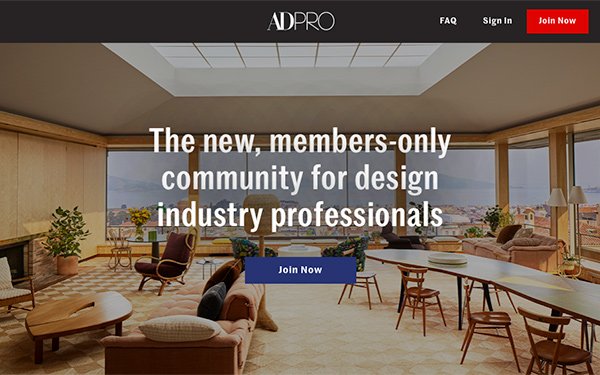 is expanding into the podcast sphere.

“The AD Aesthete” is hosted by AD decorative arts editor Mitchell Owens. Over the course of six episodes — the first launching November 12 — he and a collection of guests will discuss topics like the legacy of iconic decorators and the future of design.

Owens has been the decorative arts editor at AD since 2013 and has held senior positions at many titles, including The New York Times, T: The New York Times Style Magazine, ELLE DÉCOR, Travel + Leisure, Martha Stewart Living, and OUT, where he was a founding editor.

The podcast was created with the intention of reaching both pros and lifelong learners.

“AD's audience of industry consumers are hyper-engaged, and we're always trying to find new ways to reach and interact with them,” Keith Pollock, AD's executive director, digital, told Publishers Daily. “This podcast is about going narrow and deep with our design trade content. It allows us to further build a business with a distinct audience in mind."

As the brand continues to expand, it reports that AD Pro, which launched in April of this year, saw monthly visits increase by 141% in September compared to its time of launch. Across social media, AD Pro reports its Instagram followers grew by nearly 98% in Q3 of this year.

"One of our main goals, since editor in chief Amy Astley began, has been to grow AD into the dominant brand in shelter across all audiences,” Pollock said. “With the launch of AD PRO, [we] were able to provide the design world with a new resource and utility that didn't exist anywhere else.