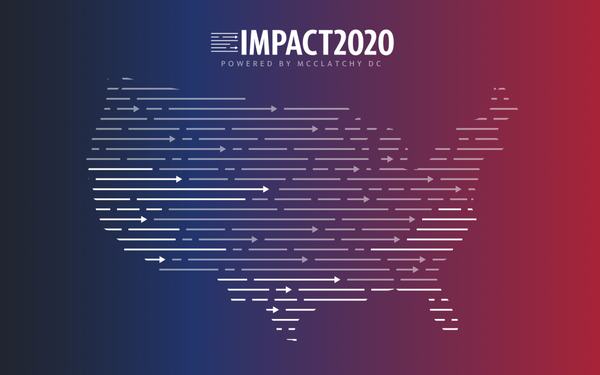 McClatchy is leveraging its network of papers to cover the 2020 election through a new subscription product called Impact2020.

Impact2020 offers subscribers a national perspective on the election by packaging local reporting and opinion writing together to create a narrative that follows the political race outside Washington, D.C. It focuses on electability and key voter groups.

Subscribers have access to breaking news, exclusives and in-depth analysis across multiple platforms, including digital, video, a podcast and a daily newsletter. The Impact2020 newsletter will feature additional local reporting outside of McClatchy’s election coverage.

Reporters and other contributors to Impact2020 will cover the election from various states, including Texas, Florida, Pennsylvania, California and Kansas, from McClatchy newspapers The Sacramento Bee, The Charlotte Observer, the Fort Worth Star-Telegram and the Miami Herald.

McClatchy’s Washington Bureau will work with the team of reporters.

Kristin Roberts, vice president, news, stated: “[Voter sentiment] is a story the polls fail to capture. It is the story that parachute journalists from national media will likely overlook. It is the story of how the race for the 2020 Democratic nomination and the presidency will be won and lost."

Nelson’s team will contribute to Impact2020, as well.

Morning Brew has also introduced an election-year offering with its first pop-up newsletter The Turnout. The Turnout runs every Tuesday until the election. It launched yesterday.

The Turnout is edited by Eliza Carter who describes it as “a new weekly newsletter focused on the intersection of business and politics.”

Subscribers can expect to encounter stories about the trade wars, debates about breaking up big tech and the political consulting industry, which brings in $6 billion a year, in addition to state and local issues.

The newsletter launched without sponsors attached, but Morning Brew plans to provide free sponsorship to nonprofits like Vote.org and Rock the Vote with unfilled ad inventory as the project progresses.