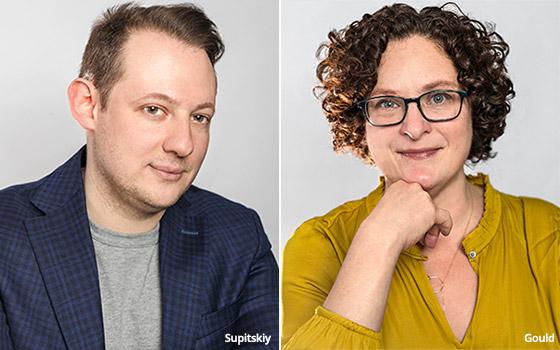 The two positions have existed at Forbes in the past, but have not been filled for a few years.

“The roles are dually important and will ensure we create the best experiences for our audiences, marketing partners, journalists and contributors," Forbes CEO Mike Federle told Publishers Daily.

Gould has been at Forbes for 20 years and Supitskiy for 12. They were key to the brand's digital transformation. Most recently, Gould was vice president, product, while Supitskiy was senior vice president, engineering

“Together, Gould and Supitskiy will continue to incorporate next-gen technologies such as blockchain and artificial intelligence across all platforms, while also introducing best-in-class engineering practices throughout the company,” the company stated.

Gould and Supitskiy were involved in the full-site redesign of Forbes, created a new content management system and managed the company’s migration to the cloud.

“Digital is the engine that powers us, and Nina and Vadim have long played pivotal roles in transforming Forbes into a brand that transcends platforms,” stated Federle.

Forbes also announced that it set traffic records in the fourth quarter of 2019. It brought in 74.6 and 76.4 million visitors in October and November, respectively.