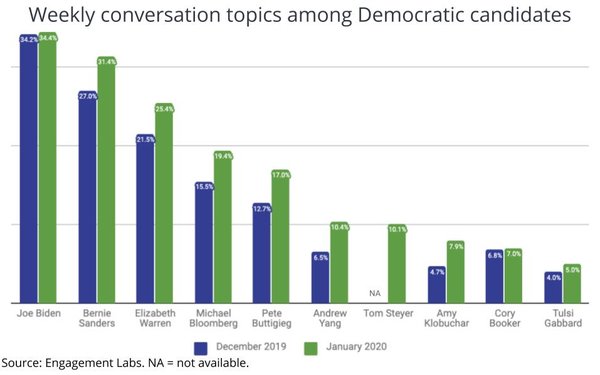 While Joe Biden appears to be leading in the polls -- at least in terms of the most recent Monmouth University Iowa poll -- other Democratic candidates are gaining in terms of word-of-mouth, according to a survey of 1,925 registered Democrats conducted by Engagement Labs. The survey, which was conducted between Jan. 8 and 9, asked respondents to self-report if they had a conversation about each candidate during the past seven days.

The analysis shows marked gains for Bernie Sanders, Elizabeth Warren, Michael Bloomberg, Pete Buttigieg, Andrew Yang, and Amy Klobuchar. Not so much for Biden, Cory Booker -- who announced today that he was dropping out of the race -- and Tulsi Gabbard.

The study also gauges sentiment and found the buzz around Sanders, Buttigieg, and Warren are “mostly positive," while conversations are less positive for Klobuchar (-7 points) and Gabbard (-14).

Sentiment about Bloomberg has risen 8 points to 49% positive, the largest gain among any candidate. 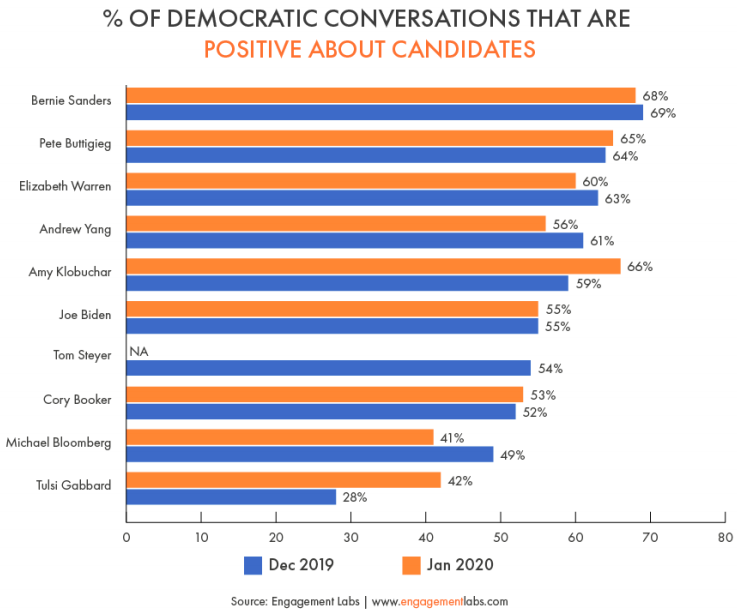