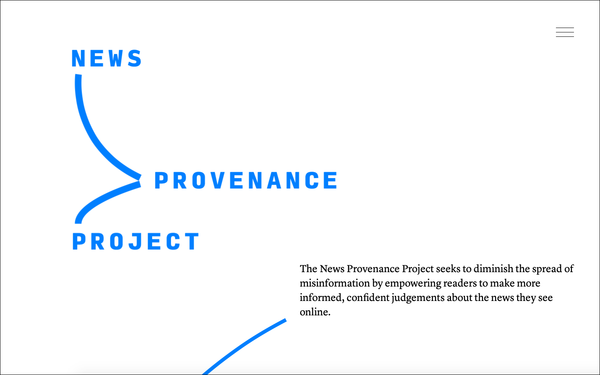 Blockchain technology underpins digital currencies like bitcoin, and it may help publishers tackle "fake news" that proliferates on social networks and the internet.

The New York Times this week published results from a blockchain test to confirm the veracity of images that people see and share on social media. It's an interesting project, especially as digital manipulation of images becomes more sophisticated.

"Deepfake" videosthat swap out a person's face with someone else's are ripe for abuse in political propaganda, hate speech and pornography. Without some method of authentication, viewers are likely to question whether anything they see online is truthful.

The NYT's News Provenance Project started last year with the idea that adding context to news photos would help to improve their credibility. That additional information included the photographer's name, original source, data and location embedded in digital photo files.

By putting that information into a blockchain, a publisher can help to ensure information doesn't get corrupted. For people who are unfamiliar with blockchain technology, it's a way of preserving data that's practically impossible to change.

The NYTplans to move onto the next stage of the project to show how news consumers might use the technology to share online images with the assurance they aren't doctored. It's a noble effort, especially amid growing distrust of the news media and relentless attacks on its credibility.