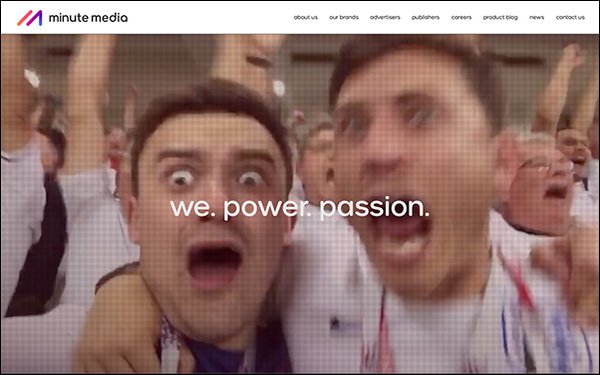 Technology and digital publishing platform Minute Media raised $40 million in its latest round of funding. The round was led by Dawn Capital and brings the platform’s total funding to $160 million.

Minute Media is home to The Players’ Tribune, FanSided and The Big Lead, in addition to 90 Min, DBLTAP, 12up and Mental Floss.

The company plans to use the funds to further global expansion, future acquisitions and updates to its publishing platform. Minute Media will also up its investment in athlete-focused content at The Players’ Tribune.

Minute Media’s tech platform will reveal new enhanced offerings later this year; they are meant to bolster growth, efficiency and innovation for its portfolio and its publishing partner sites, which license its standalone and full stack solutions.

“The company is quickly establishing itself as a major player in the new generation of online publishing, empowering creators and audiences alike,” Haakon Overli, General Partner at Dawn Capital, stated. He added Dawn Capital offered the latest round of funding following the company’s “explosive revenue growth in 2019” with the intention of “allowing them to accelerate R&D and commercial efforts further still."

Minute Media acquired FanSided from Meredith Corp. in January of this year, making it the fourth purchase for the company in 18 months. The company acquired Derek Jeter’s The Players’ Tribune in November of 2019, following its acquisitions of The Big Lead and Mental Floss.
funding, media
Next story loading