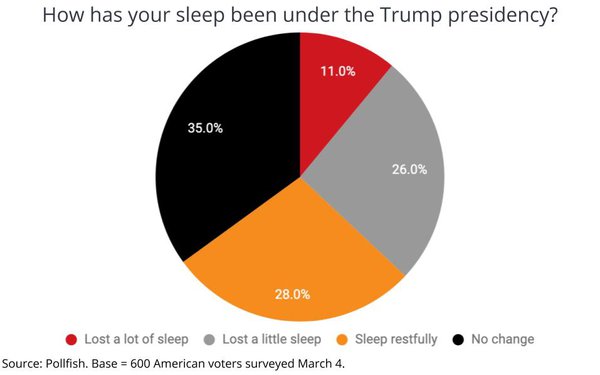 Americans say they have lost sleep ever since the incumbent became President, even Republicans.

More than a third (37%) of Americans said they have lost some sleep due to the current President. While the percentage soars to a majority of 56% among Democrats, even 14% of Republicans say they have lost a lot of a little sleep, and 38% of Independent voters said the same.

The findings come from a survey of 600 Americans polled by Marketing Politics Weekly using Pollfish. 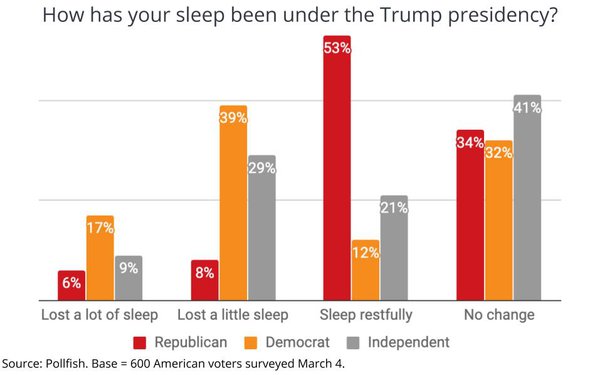 Joe Biden, who has been labeled "Sleepy Joe" by the incumbent President, however, would make nearly half (48%) of Democrats sleep better, while Bernie Sanders was named by 38% of Democratic voters.

"None of the above" was the most restful choice among Independent voters (see below). 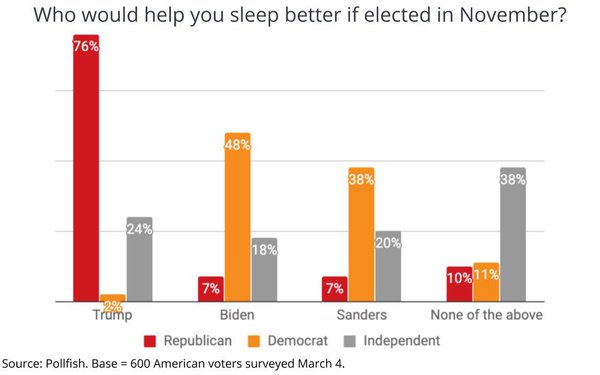 On a related topic, more of all types of voters said they think less of the President than they do of his opponents when he uses nicknames like "Sleepy Joe" and "Crazy Bernie" to disparage them. 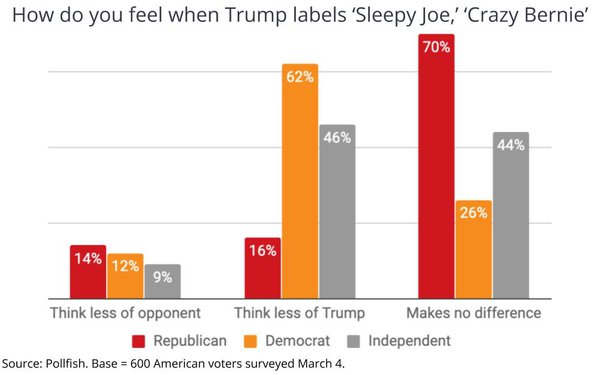