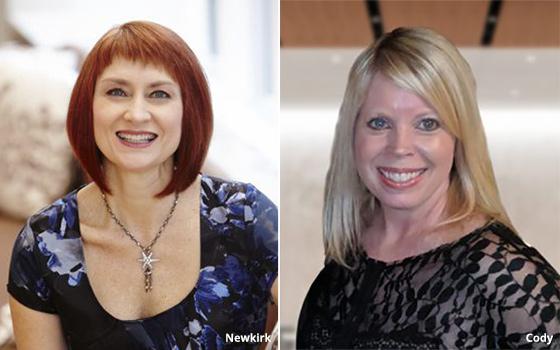 Meredith has tapped two of its own to lead its brand-licensing business. Toye Cody and Sondra Newkirk have been promoted to the role of vice president, brand licensing, effective immediately.

Cody and Newkirk will spearhead different areas of the division.

Cody, who joined Meredith Brand Licensing in 2008 and Meredith Corp in 2004, will take on the company’s relationship with Walmart. Through Walmart, Meredith sells hundreds of Better Homes & Gardens-branded home and outdoor products, through both the retailer's stores and website.

Cody has been working with Walmart since 2011. She and her team currently collaborate with the retailer on product selection, design, packaging, merchandising and marketing details.

Newkirk is set to lead all other business within the brand-licensing division. That role includes overseeing approximately 35 partnerships across 11 Meredith brands, such as between Bellisio Foods and EatingWell, Real Simple and Bed, Bath and Beyond. Newkirk has worked with Meredith’s brand licensing since 2006 and was its executive director prior to her promotion.

Cody and Newkirk take over for Steve Grune, who is stepping down from his role as vice president of brand licensing, a role he’s held since 2018 to pursue new interests. Grune joined Meredith in 2012 as the founding publisher of Allrecipes before becoming group publisher of the Parents Group in 2016.

Meredith’s brand-licensing earns royalties based on more than $25 billion in sales, the company reports.